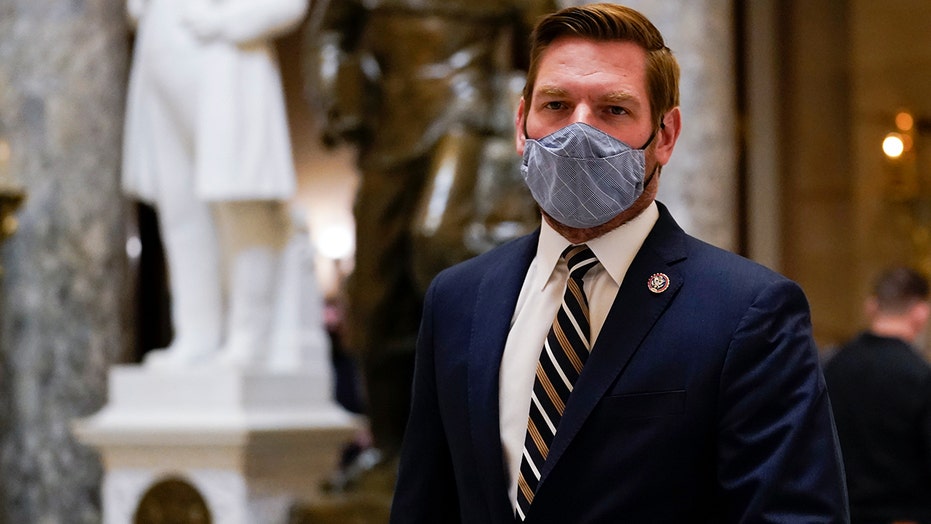 AOC suggests federal committee could potentially ‘rein in’ the press

Rep. Eric Swalwell, the California Democrat whom House Republicans have ripped for his past ties to a suspected Chinese spy, will return to the Homeland Security Committee.

“In the election, the American people elected a Democratic House Majority that not only will ensure that our nation recovers from this historic pandemic and economic crisis, but will Build Back Better,” Pelosi said in a statement.  “As House Speaker, I am pleased to announce the appointments of these outstanding Members to key Committees, where they will be relentless in leading Democrats’ work to combat disparities in our economy and country and to advance justice and progress For The People.”

Swalwell, who is also on the House Intelligence Committee and is slated to serve as an impeachment manager, likened President Trump to terrorist leader Usama bin Laden in an interview earlier this week. He’s also been referring to multiple Republican lawmakers as the “Coup Klux Klan” and accusing others of associated with “terrorists” in connection with a siege on Capitol Hill last Wednesday.

He previously served on the Homeland Security committee during his first term in Congress, from 2012 to 2014, which was before the FBI had briefed him on alleged Communist spy Fang Fang’s activities.

After that, he cut ties. He has not been accused of wrongdoing, but critics have demanded he step down or be removed from the Intelligence Committee as part of standard counter-intelligence risk-management practices.