Man who threw fire extinguisher at police in U.S. Capitol is arrested 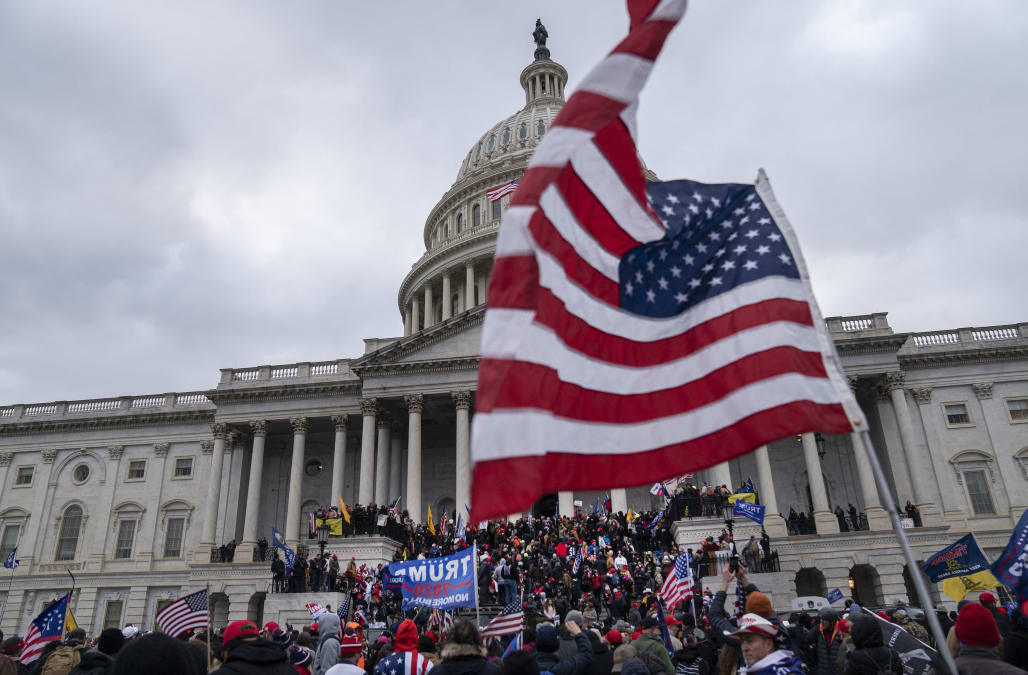 WASHINGTON, Jan 14 (Reuters) – A Pennsylvania man who allegedly threw a fire extinguisher at police during the riots at the U.S. Capitol has been arrested, a U.S. Justice Department spokeswoman confirmed on Thursday.

The arrest of retired firefighter Robert Sanford of Chester, Pennsylvania, was reported earlier by the Wall Street Journal.

Sanford will face three federal felony charges, including assaulting a police officer, according to the newspaper.

The Wall Street Journal said that Sanford is not the same person who is suspected of killing Capitol Police officer Brian Sicknick last week.

Reuters could not immediately verify the details of the charges he will face.

The FBI has not yet provided the public with any information about possible suspects in Sicknick’s death, saying the investigation remains ongoing. (Reporting by Sarah N. Lynch; editing by Jonathan Oatis)