Michael Goodwin: Democrats want to bring down anyone who ever backed Trump

In December of 2019, President Trump tweeted a picture of himself bracketed by an unpunctuated caption.

“In reality, they’re not after me” it read. “They’re after you I’m just in the way.”

I wrote then that the tweet “artfully sums up the Trump era from the perspective of the president and his supporters.” Resembling the famous Uncle Sam “I want you” poster, the image and the 14 words captured “the belief of Trump Nation that the political establishment, the media, the permanent bureaucracy and yes, the deep state are trying to crush him and them.”

The first time around, Dems used impeachment as a campaign strategy to defeat Trump in 2020. They are now using impeachment to try to keep him out of the 2024 race, which would happen under a Senate conviction because he would be barred from ever again holding public office.

If that were all, the revenge agenda would be loathsome enough. But Nancy Pelosi, Chuck Schumer and their co-conspirators in Big Media and Big Tech are proving Trump was right when he said his supporters were the ultimate target. Let us count the examples in just the last few days.

Start with the calls from leading Dems for GOP Senators Josh Hawley and Ted Cruz to resign for objecting to the Electoral College results, which amounts to an attempt to decapitate potential heirs to the Trump movement. 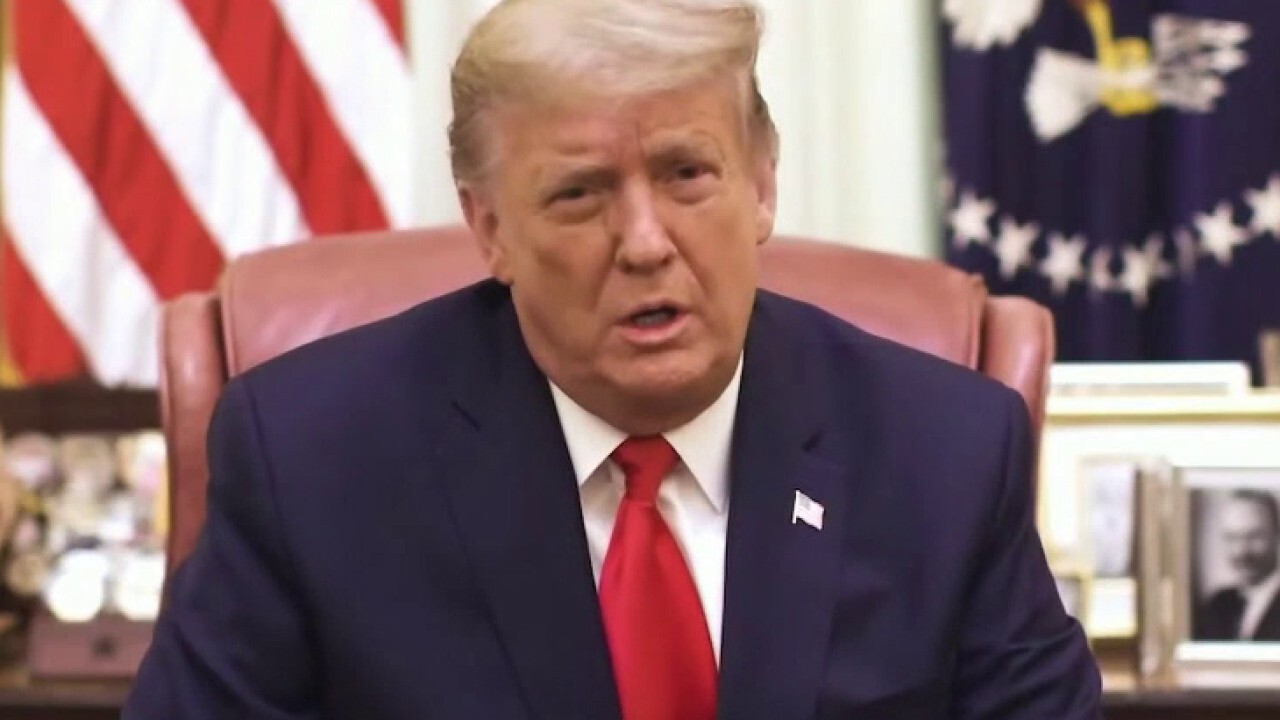 Hawley and Cruz, forceful and articulate conservatives, essentially did what various Democrats did over the years when Republicans were elected president, yet they are being labeled criminals and traitors as accusers equate their votes with supporting the riot.

Joe Biden, who keeps insisting he wants to unite the country, even accused Hawley and Cruz of spreading the “big lie.” To make sure his point was clear, Biden referred to Hitler’s propagandist, Joseph Goebbels.

Imagine that — the next president says two senators who oppose him are acting like Nazis. Apparently the unity agenda will come only after all dissenters are driven from office.

Additional proof of Trump’s point comes in the way Big Tech is silencing the president and banishing those who believe Biden’s victory was less than 100 percent clean. Twitter’s claim that it has simply removed about 70,000 bots doesn’t pass the smell test, given the scope of complaints from conservatives about the vast number of followers who suddenly vanished.

Not to be outdone, Facebook blocks any mention of “stop the steal” and Amazon, Apple and Google drove Twitter competitor Parler off the web and out of business.

As Sen. Marco Rubio of Florida put it, “We are now living in a country where four or five companies, unelected, unaccountable, have the monopoly power to decide, we’re gonna wipe people out, we’re going to erase them from any digital platform.”

None of this is a defense of those who invaded the Capitol, especially those who committed violence. And Trump’s Wednesday speech, although it didn’t rise to the level of incitement, was too angry and too bitter.

Moreover, the president was wrong to pressure Vice President Mike Pence to throw out states where Trump disputed the results. Pence’s refusal, saying he did not have such power, saved Trump and the nation from reaping the whirlwind.

That admirable restraint is what’s lacking from the winners. Instead, they are using victory to unleash a frightening hatred for the vanquished.

Project Veritas recorded a lawyer for PBS saying the children of Trump supporters should be taken to re-education camps and he was joyful that red states had COVID outbreaks. In a statement Tuesday, PBS said the lawyer, Michael Beller, no longer works there, suggesting he had been fired.

Harvard kicked upstate GOP Rep. Elise Stefanik off an advisory board because she objected to the election returns. Only Democrats need apply.

Efforts are underway to block private employment for Trump aides, and the way law firms and others ran from representing Parler illustrate how easily many businesses are intimidated.

Forbes magazine’s chief content officer, Randall Lane, cited several Trump White House officials and wrote in the magazine: “Hire any of Trump’s fellow fabulists above, and Forbes will assume that everything your company or firm talks about is a lie.”

Numerous large corporations, including Comcast, AT&T, Verizon, Cisco, Dow, Intel, Blue Cross Blue Shield, Marriott, Goldman Sachs, American Express and Mastercard said they would not make donations to Republican members of Congress who objected to the 2020 election results. In effect, they are using money to block elected officials from carrying out their sworn oaths to protect the Constitution, as the officials see it.

The ultimate problem with cancel culture is that it brooks no exceptions. Yet given the way the First Amendment is embedded in our culture, combined with the political anger coursing through our nation, many, perhaps millions of Americans eventually will dissent from this coerced conformity. Whether they do it in support of a future Trump candidacy, other candidates or simply to criticize government policies, dissent is inevitable.

Then what? How will the goons crack down on those who dare to speak their minds?

My prediction is that we are watching the early innings of a movement to criminalize political speech. There already are efforts on the left to criminalize “hate” speech and the next step is obvious: label as hate speech anything the left doesn’t like.

Rules to that end are in effect on many college campuses, and “woke” corporations and government offices increasingly embrace restrictions on what people can say about politics and politicians. Penalties, including suspension, expulsion and firing, are now common for those who dare say unsayable things.

Unfortunately, the question is not whether a far-left government will follow suit. The only question is how long will it take before saying something the ruling class doesn’t want to hear is a crime?

Vaccination at a crawl

So it isn’t “slated to launch” for nearly two weeks. According to its stats, the city administered about 240,000 vaccines, a piddling average of about 8,300 per day.

At this rate, it will take far longer to give a shot to every New Yorker than the nine months it took to develop the vaccine.