The Cat Who Came Back: Patches, Believed Killed In Mudslide, Shows Up 3 Years Later 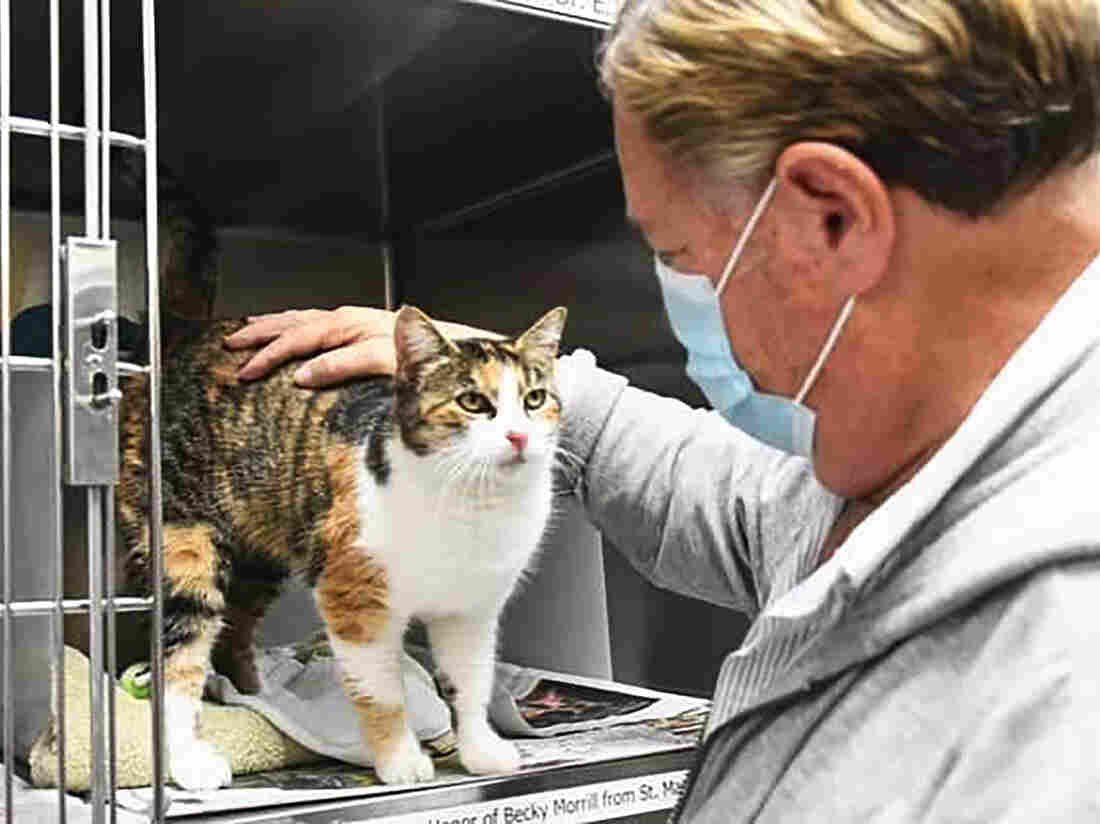 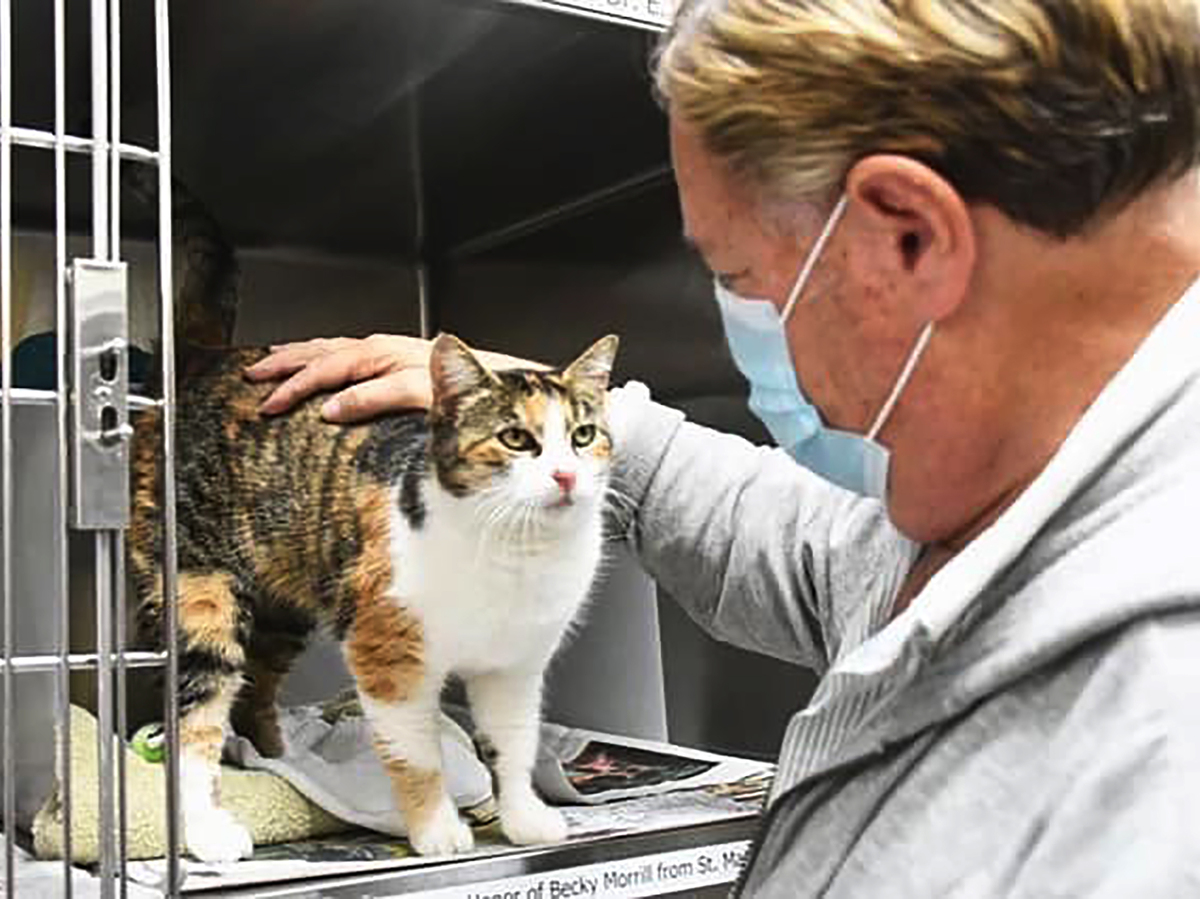 Patches is reunited with Norm Borgatello, her late owner’s partner, at the Animal Shelter Assistance Program in Santa Barbara County, Calif., on Dec. 31.

A calico cat named Patches had belonged to Josie Gower, one of the 23 people killed in the mudslides that hit Santa Barbara, Calif., in January 2018. Patches was thought to have died too.

“We had kinda lost hope,” Briana Haigh, Gower’s daughter, told NPR. Her mom’s several cats had slept in her garage, which was destroyed during the disaster.

But in December, Patches was found alive and roaming around the same area she disappeared in.

“It’s a nice thing to hear that, after that many years, you can get a little bit of joy out of something that was quite horrific,” Haigh said.

What Got Us Through 2020? For Many, It Was Hobbies, Relationships And 4-Legged Pals

“I mean it’s obviously not as bad as losing the house and Mom, but it was pretty horrific to actually lose them as well, that kinda connection to her,” Haigh said.

Just weeks ago, Patches was taken in by the Animal Shelter Assistance Program, a local shelter in the Santa Barbara area. Staff say they were able to identify her because of a microchip registered under Gower’s name.

“It’s a great mystery to us about where she’s been for the last almost three years,” said Becky Morrill, a staff member at the shelter.

The shelter got in touch with Haigh, and soon after, Gower’s partner, Norm Borgatello, was able to take Patches back home with him. Borgatello had been living with Gower before the mudslide occurred.

He was reunited with Patches on New Year’s Eve.

Morrill, who was present for the emotional moment, said the cat approached Borgatello immediately and recognized him.

“It was a great moment and very poignant, right, because it’s both a wonderful reunion but a reminder of a very terrible loss for Norm,” she added.

Lost At Sea And Feared Dead, Dog Found On Island After 5 Weeks

Since returning home together, Patches follows Norm around the house and likes to curl up behind him on the couch.

To Haigh, the cat’s reemergence is like getting a piece of her mom’s home back, calling it “a nice end to 2020.”

“I think it just warms the heart a bit,” Haigh said. “I know my mom would be really happy. And I think it is quite strange that it came about right before the three-year anniversary.”

“Almost like a little message from Mom,” she added.