You’re Not Welcome Here: How Social Distancing Can Destroy The Global Economy 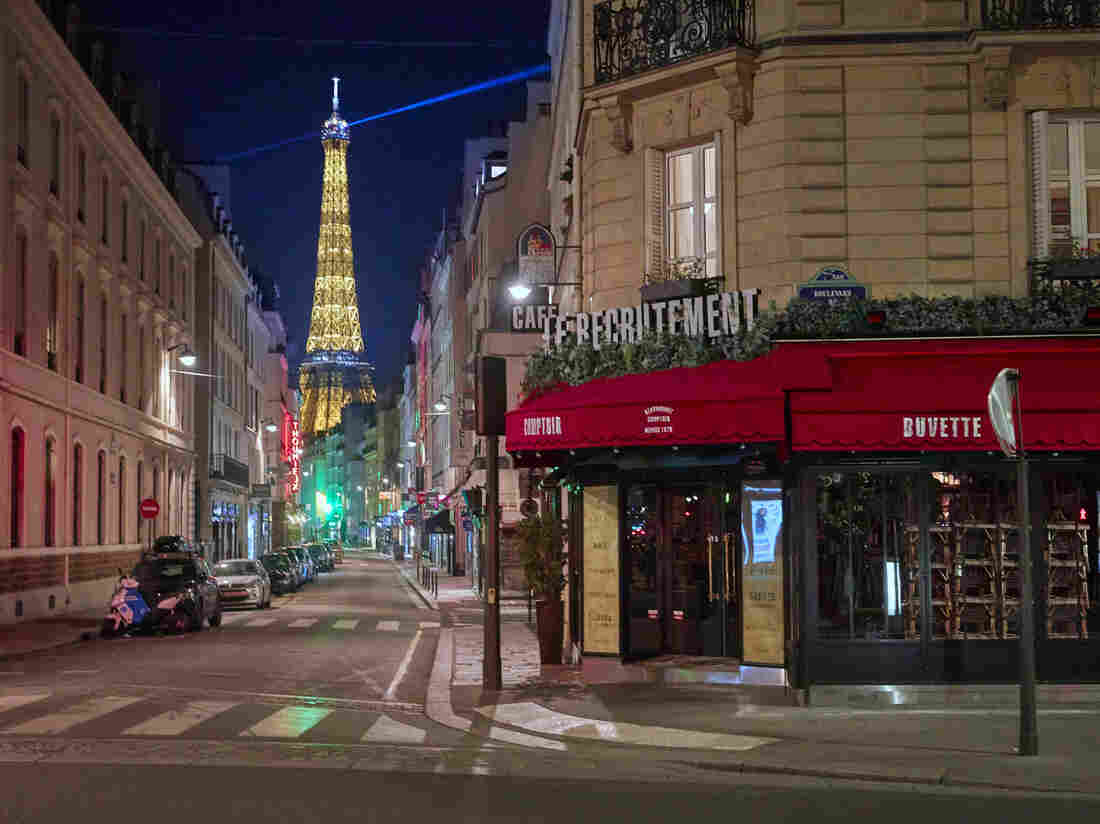 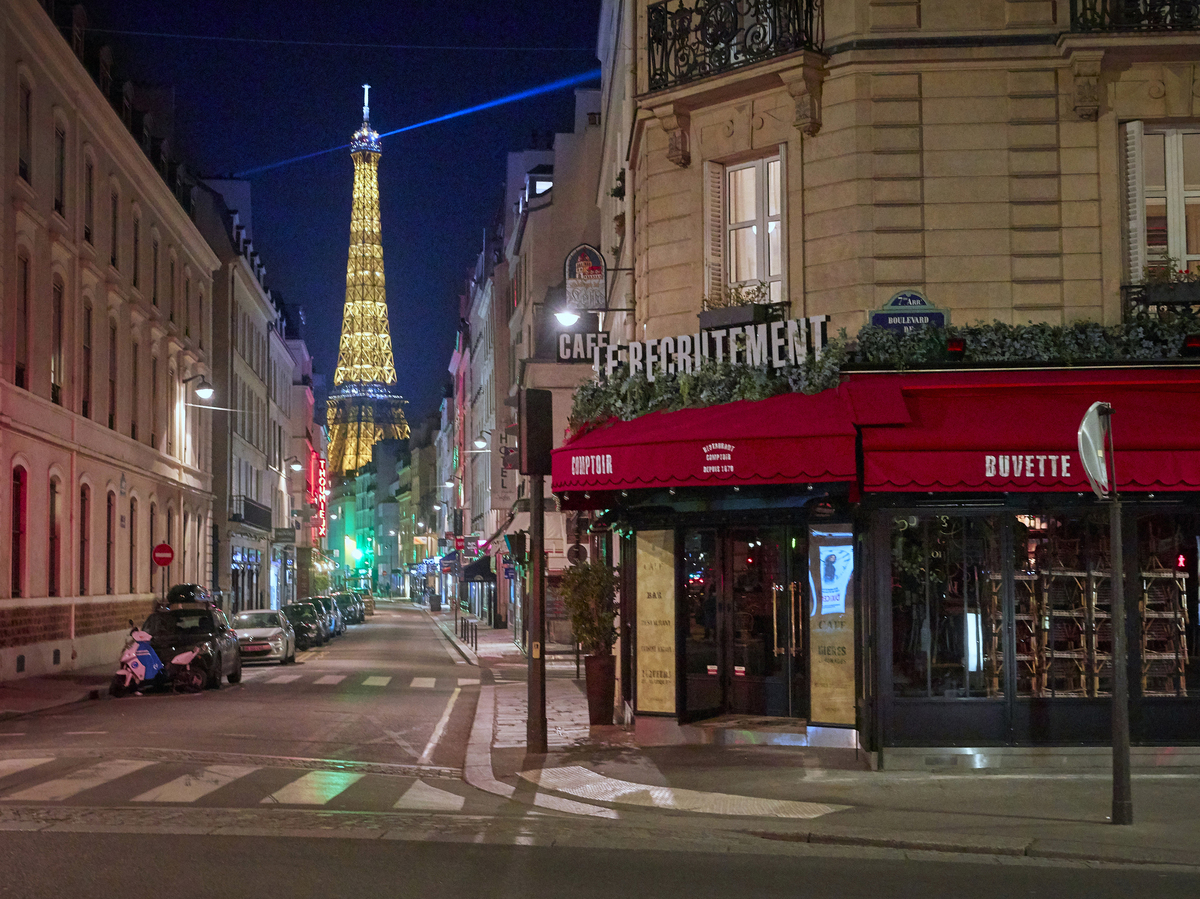 Paris is under nightly curfew, starting at 9 p.m., to curb the spread of rising coronavirus cases.

It’s what people are being asked to tell each other. Less than 10 days ago, London banned people who live in different households from meeting each other indoors, to stop the spread of the coronavirus.

“Nobody wants to see more restrictions, but this is deemed to be necessary in order to protect Londoners’ lives,” London Mayor Sadiq Khan told the London Assembly.

Taking away the welcome mat is key to cutting off the path of the coronavirus. From the beginning of the pandemic, cities, states and countries have banned each other. And now, eight months into lockdowns that have led to immense stress and fatigue among people, some places around the world are introducing even more draconian measures.

The path toward recovery continues to be inherently antisocial and runs counter to how humans interact, live lives and conduct their business. This unwelcome policy — which has already harmed families, societies and economies — has the potential to lead to a tectonic shift in how the world functions in the foreseeable future.

Some people worry that this moment is strengthening the hand of nationalism that was rising before the pandemic and that it is accelerating the changing relationships between countries.

President Trump’s “America First” strategy of the last four years had increased tensions between the United States and the rest of the world, specifically China. It was already leading to friction in the smooth supply-and-demand economic chain that has been the hallmark of an interdependent global world. But the self-isolation during the pandemic could mean the end of globalization as we know it.

“The coronavirus pandemic could be the straw that breaks the camel’s back of economic globalization,” according to Robin Niblett, director of the think tank Chatham House, in a Foreign Policy article.

Specifically, the global supply chain is very much at risk. Tax deductions in the U.S. designed to bring back jobs in pharmaceuticals, medical supplies, electronics and auto manufacturing have led companies to invest heavily in production in this country in the last few years.

“The needs that surfaced during the pandemic to bolster supply chain resilience may further accelerate such moves,” according to Moody’s Investors Service Senior Vice President Robard Williams.

The entire world’s economy has shrunk dramatically. The pandemic delivered the most severe blow to the U.S. economy since the Great Depression, as GDP collapsed and millions of jobs were lost.

“This recession was by far the deepest one in postwar history,” noted Richard Clarida, vice chair of the Federal Reserve, in a speech.

The Indicator from Planet Money

A Smarter Approach To Lockdowns

A robust economy is dependent upon the movement of goods and people. For instance, restaurants need people to meet, socialize and break bread together. Airlines and hotels need people to travel to conduct business or to see family and friends or new places.

But all that has been vastly reduced. And the effect of that social distancing has been deadly on many businesses. Restaurants have been among the hardest hit. According to Yelp data, over 60% of restaurants in the U.S. have permanently closed, closely followed by retail stores that sell clothing and home decor (58%) and beauty stores and spas (42%). Airline travel is down around 70%, and hotel occupancy is at record lows.

“Social distancing has stilled our strong economy,” said Eric Rosengren, president and CEO of the Federal Reserve Bank of Boston.

Social distancing is exhausting, but works in some places

What’s worse is that despite long and extensive social distancing, there are signs that it has not worked everywhere — especially in freer societies. In fact, more than lockdown orders, it is people’s fears that have a larger impact on their economic behavior, some researchers have found.

The latest signs of increased cases in the U.S. and Europe are even more disheartening for people who feel they have endured a lot.

So, why are governments continuing to rely on lockdowns? That’s because it’s proven that aggressive social distancing does work in countries where the state can enforce strict shutdowns.

China’s Economy Bounces Back As Pandemic Is Brought Under Control

In China, where severe lockdowns were enforced in many parts of the country, the coronavirus has been wrestled to the ground. In Wuhan, ground zero of the virus, recent reports cite crowded water parks and night markets. Domino’s Pizza recorded such a huge improvement in sales in the country in recent months that it prompted CEO Richard Allison to call China “a terrific success story in 2020.”

But the Chinese form of enforcement is hard to achieve in democratic societies, most of which are pinning their hopes on a vaccine.

Some of the largest cities in the West are putting in place even more draconian social distancing measures to combat the virus. Paris is under curfew starting at 9 p.m., each night. And in London, you can’t even visit or invite a neighbor over for dinner.

But it’s unclear if people in these societies will strictly follow these guidelines or how enforcement will work. It’s already taken a huge toll on the psyche of the populace of many countries. No wonder, most people worry that the longer social distancing goes on, a higher price will be paid by households, society and the economy.