Browns’ Odell Beckham Jr. likely out for the season with torn ACL 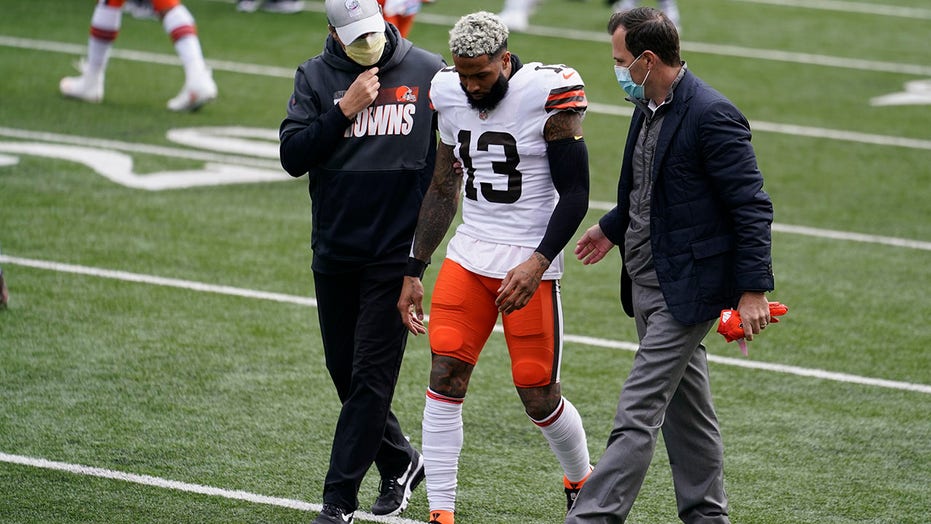 Cleveland Browns wide receiver Odell Beckham Jr. is expected to miss the remainder of the 2020 season after sustaining a torn ligament in his left knee during Sunday’s loss against the Cincinnati Bengals, the team announced.

Beckham was diagnosed with a torn anterior cruciate ligament after undergoing an MRI on Monday – an injury that will sideline him for the rest of the season.

ESPN first reported that Beckham would be lost for the season.

The three-time Pro Bowler was attempting to tackle Bengals cornerback Darius Phillips after he intercepted a pass from Baker Mayfield in the first quarter when he went down after landing awkwardly on his left leg.

BUCCANEERS’ BRUCE ARIANS ON REPORTED ANTONIO BROWN SIGNING: ‘TOM [BRADY] HAD NOTHING TO DO WITH THIS’

He was helped off the field and would not return. The team said Monday that he would be placed on the injured reserve list but would not say anything regarding when his surgery would be.

Beckham played much of his first season in Cleveland with a core muscle injury that required an offseason surgery. He totaled 23 passes for 319 yards and three touchdowns in seven games this year.

CLICK HERE TO GET MORE SPORTS COVERAGE ON FOXNEWS.COM

The injury is a devastating blow for the young receiver with the Browns off to one their best starts as they look to make the playoffs for the first time in nearly 20 years.