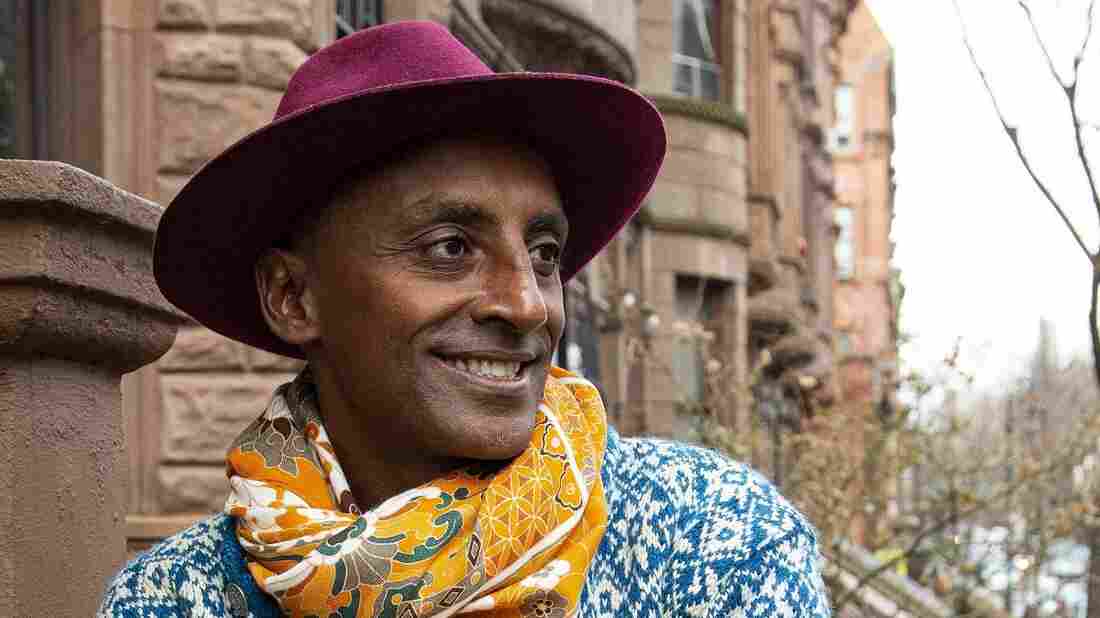 Chef Marcus Samuelsson’s new book is called The Rise: Black Cooks and the Soul of American Food. “Dressing has always been part of an African identity, but also a sad journey in American history,” Samuelsson says. “As Black men, we had to dress up. … If we didn’t look in a certain way … police officers [could] round us up — and it still happens.” Angie Mosier/Little, Brown hide caption 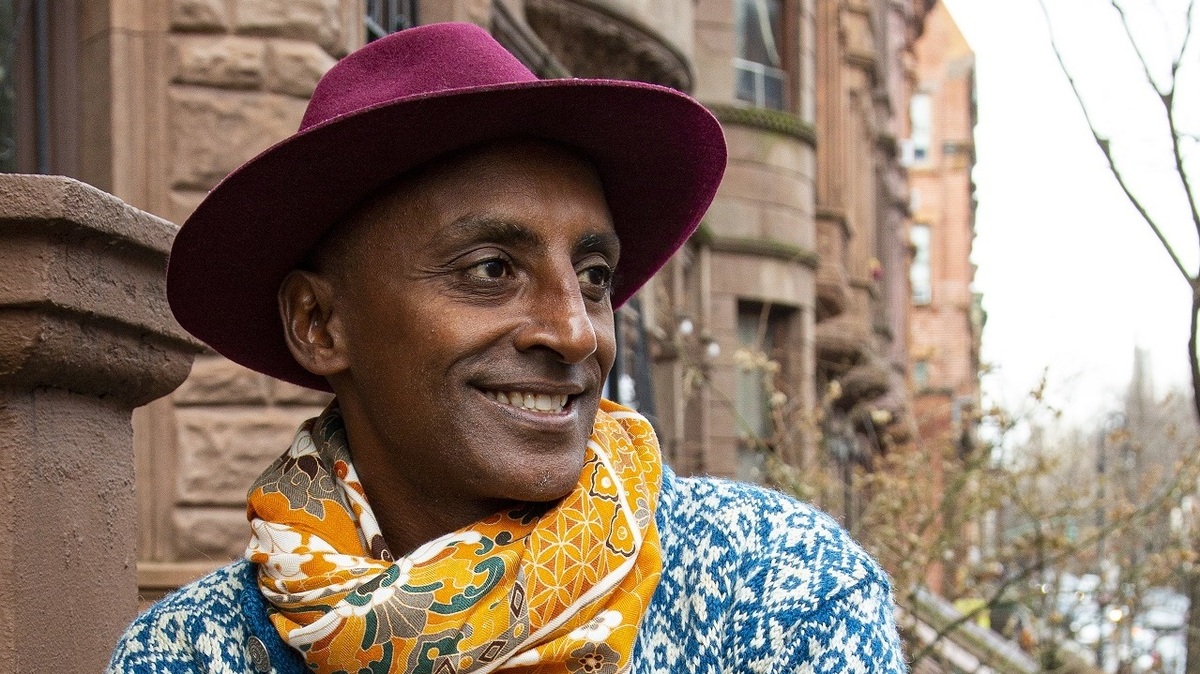 Chef Marcus Samuelsson’s new book is called The Rise: Black Cooks and the Soul of American Food. “Dressing has always been part of an African identity, but also a sad journey in American history,” Samuelsson says. “As Black men, we had to dress up. … If we didn’t look in a certain way … police officers [could] round us up — and it still happens.”

When COVID-19 forced New York City into lockdown in March, Harlem chef and restaurateur Marcus Samuelsson had a choice: stay or go. Born in Ethiopia and raised by adoptive parents in Sweden, Samuelsson says leaving the city during the pandemic “would be the easier way out.”

But he decided to stay.

“My father was a tribe leader in Ethiopia. You don’t leave at the toughest time,” he says. “You can’t come in and take all the benefits and then, when it comes to your turn to chip in, leave.”

The James Beard award-winning chef says his flagship restaurant, Red Rooster, became his “haven” during the height of pandemic. Working with José Andrés’ World Central Kitchen organization, Samuelsson converted the restaurant to a community kitchen. Over the course of six months, Red Rooster served more than 200,000 meals to first responders and others in need.

“It was a place for me when our world was so ripped apart and no one knew what to do,” he says.

Samuelsson says feeding the community during the pandemic also changed the way he thought about his industry. “The word ‘restaurant’ actually means to restore your community. And in the worst of times, I think that the restaurant, the hospitality industry really stepped up,” he says.

Samuelsson currently hosts the PBS series No Passport Required. His new book, The Rise, is a celebration of Black excellence in the culinary world — and the many Black cooks who have influenced American food, often without credit.

“When I think about American food and the Black experience, it’s almost like we were written out of the food history,” he says. “Just like American history in general, it’s very complex, and it’s not written with people of color and Black people in mind.” 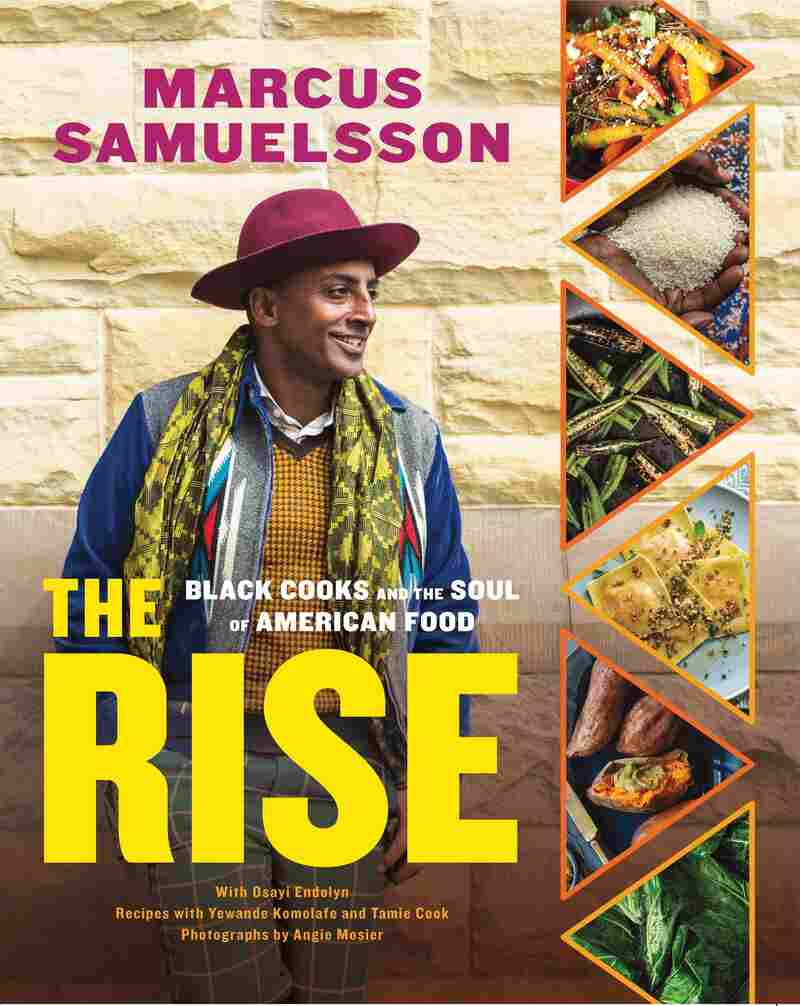 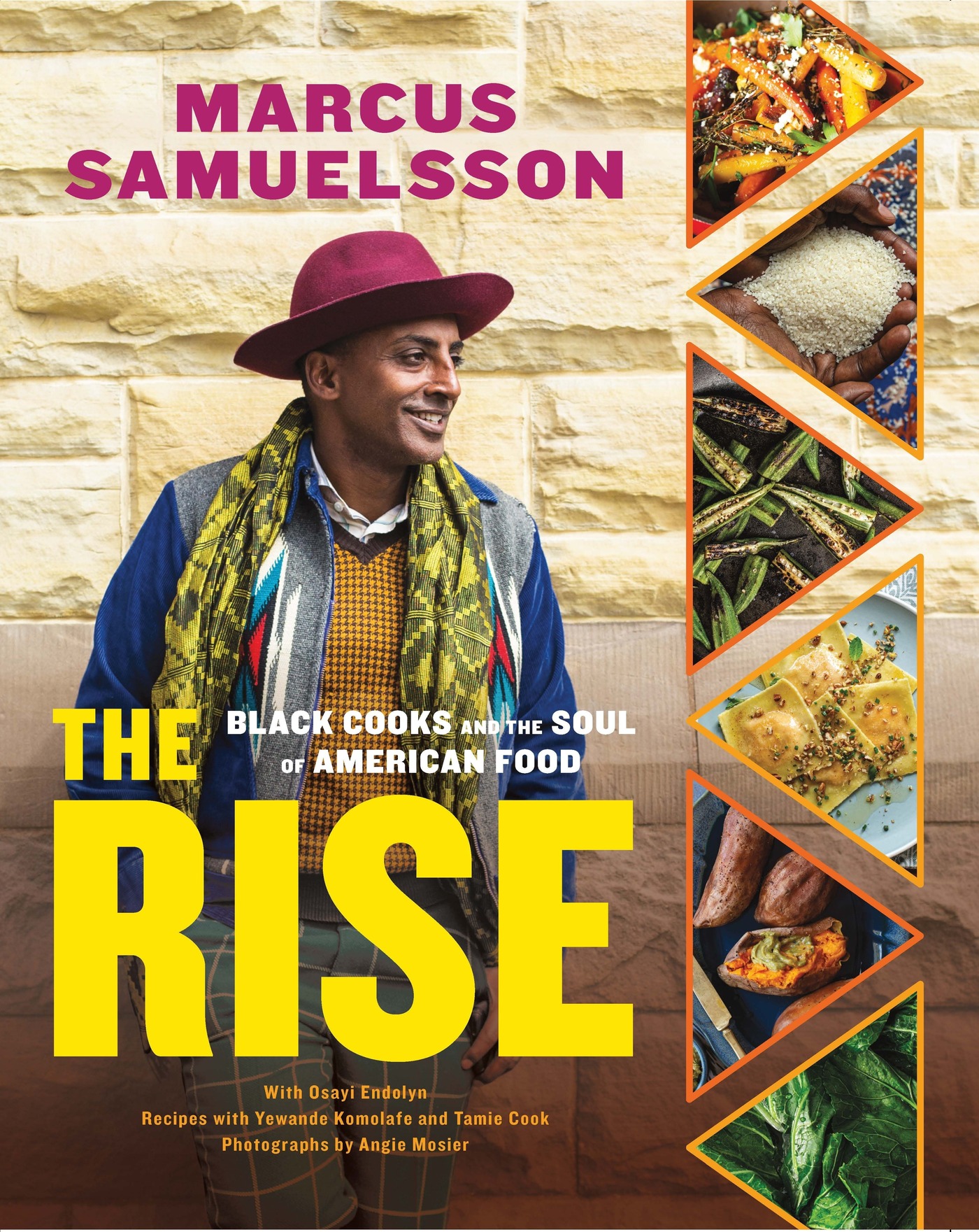 On how race, class and equity all contribute to the American food landscape

The more we know about Blackness and food, we don’t understand how complex it is. It’s not monolithic and it’s highly layered, and therefore, it’s also uniquely American — not just for the Black population of America, for all of America. For me, I think the best parallel is with American music. When we think about American music, you cannot think about American music without the contribution of Black people, whether it’s gospel, R&B, rock ‘n’ roll to today’s hip-hop or funk.

On how Black people have been written out of food history

The history is written so wrong and … it’s so important to [correct] it. And I’ll tell an example: If you want to send a box of chocolate to a friend, you say, “Hey, let me order some Belgian chocolate.” There’s no cocoa beans in Belgium — the cocoa beans are in Ghana. So anything that is great gets taken out of Africa and restored back into Europe. If you’re going to say, “Hey, I want to have some great French coffee.” Well, the French roast coffee, but the coffee comes from Kenya and Ethiopia. And that’s happened for generations. We just say verbally, but … if you take away the worth, you also take away aspiration and inspiration. And that is a very, very important part: So you don’t have to colonize by being there anymore. You can own all the assets. So we’ve been programmed to say great stuff comes from Europe and not from Africa.

On the value of the dining experience

We have such a troubled way of understanding the privilege of somebody cooking for you. It enters our country through a horrific long period of slavery and class. We start at a very, very complicated history that we now actually are trying to deal with in many different ways. But the privilege of actually somebody cooking for you — it’s one of the highest gifts that you can get from another person, because it means that the other person, the chef, is really fully thinking about you. What’s your history in terms of religion? What’s your culture? You obviously don’t serve a pork dish to someone who’s [of] Jewish or Muslim faith. You obviously don’t serve a big meat course for someone that is vegetarian. …

So when somebody says, “I’m going to cook for you,” that’s such an incredible way of engaging. How can I learn something? How can I be part of someone’s culture? And I can tell people who just eat to feed themselves versus people who are actually dining, and that’s a whole other way of entering a conversation. … Food can signal: We’re cooking for you, we’re talking to you and we have you in mind. That’s what chefs do.

In ‘Appetites,’ Bourdain Pleases The Toughest Food Critic (His 9-Year-Old)

On where home is for him

Home is definitely Harlem for me. … The beautiful part about being American is that you can love many things. I love Harlem with everything it has: The beauty of the boulevards, the incredible nature, the brownstones, the music, the people. And Harlem has really embraced my family — through the Red Rooster, but beyond the Red Rooster. So that is where I consider home.

But there’s another feeling of home and comfort when I go to Smögen, the village in Sweden, the seafood village, an island that my father comes from. When I’m there and I’m visiting my cousins, it’s very simple. We live in a very simple home, but we have access to nature. Nature is everywhere. Water, wind, cold weather. So I realized that that’s a very important part of the Samuelssons, of us, but also, so is Ethiopia. So to be able to draw from many cultural, geographical places is just what makes us the Samuelssons. And I need Ethiopia. I need Sweden and Harlem and New York to be whole.

Great food is in France, but [it’s also] in the rest of the world. And the biggest contributors to great food are women in the world.

I realized that the way I was raised in my restaurant life through the great restaurants in France and Switzerland and all over the world, that’s not the way to manage and get the best out of people in 2020, ’21. Cooking is such an incredible craft, but you also have to be a true leader. Back in the day, because it was a very monolithic field — male, very often older male, white males — there was one way of communicating. All the authority came from one country — not only one part of the world, just one country. … Nothing could be further from the truth. Great food is in France, but [it’s also] in the rest of the world. And the biggest contributors to great food are women in the world.

So our industry evolved, my kitchens evolved, and there is no way that I could operate my restaurant the way people treated me. I came up in that era … but that doesn’t mean that I need to pass that on. I try to focus on the opposite. That’s why I opened Red Rooster in Harlem. That’s why we have an open kitchen [where guests can see directly into the kitchen]. Sixty percent of the chefs in my kitchen are women, most of the time women of color.

Table For None: Tom Colicchio Explains What Restaurants Need To Survive

On the challenges facing the restaurant industry

Closed All At Once: Restaurant Industry Faces Collapse

In a short-term way, I do think that we’re going to go into the most challenging winter we’ve ever done as [the] restaurant/hospitality community. We’re going to need our customers to support us more than ever, whether it’s ordering takeout, whether that’s us in the industry coming up with new entrepreneurship to meeting the customer where they’re at. And we are also going to need help from the government. The government actually has to govern and navigate all people, not just the big companies.

Sam Briger and Kayla Lattimore produced and edited the audio of this interview. Bridget Bentz, Molly Seavy-Nesper and Beth Novey adapted it for the Web.