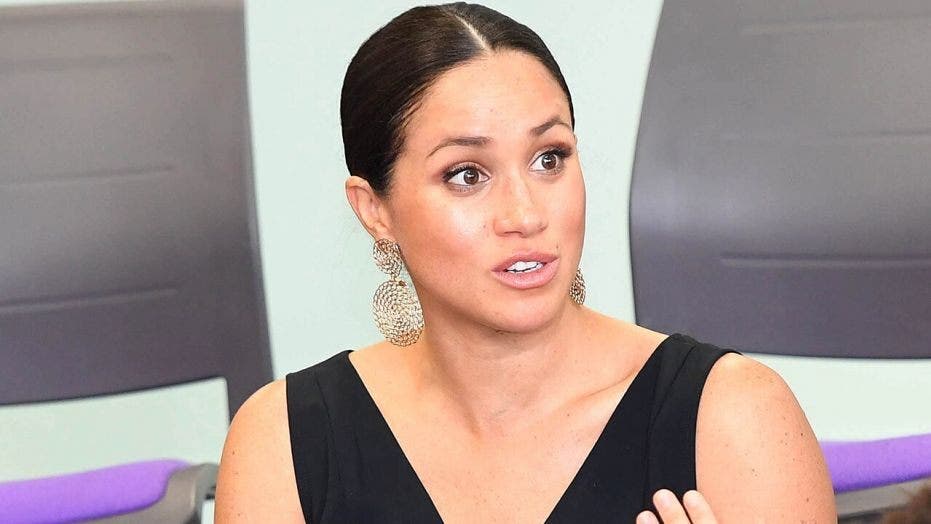 The Duke and Duchess of Sussex are facing backlash for being political long after they’ve settled in California.

Despite stepping back as senior members of the British royal family, Meghan Markle and her husband Prince Harry have been speaking out about causes they want to highlight.

Most recently, the former American actress, 39, has discussed the global protests following the death of George Floyd while in the custody of Minneapolis police in May. Markle revealed in August that she planned to vote in the upcoming election following the couple’s move to her native California with their son Archie, 1.

However, the U.K.’s Evening Standard noted that the couple has been accused of interfering in the U.S. presidential election by urging Americans to vote.

MEGHAN MARKLE RAISES CONCERNS ABOUT SOCIAL MEDIA, SAYS IT'S AN 'ADDICTION' FOR SOME USERS

A source close to the duchess recently told Elle.com royal contributor Carolyn Durand that the criticism she’s facing in the U.K. has been “difficult.”

“She thought she was saying something relatively uncontroversial, which is people should get involved and vote,” the source told the outlet. “Then, it gets spun into a whole other thing. There are people, especially in the tabloids, that will use whatever they can to go after this couple. There is no doubt there is an agenda.”

“The Duke and Duchess believe in civic action, civic duty, social responsibility, and an element of that is participating in the democratic process, so all they have said is that they encourage people to get involved,” the source continued. “What they’re trying to do with [their] foundation is link a lot of the issues they believe in and find the connective tissue in all of it and actually find potential solutions.”

Traditionally, the British royals don’t vote in elections, and “The Queen has to remain strictly neutral with respect to political matters," according to the monarch’s website. However, according to People magazine, there is no law forbidding it.

The Duke and Duchess of Sussex currently reside in California. (Photo by Chris Jackson/Getty Images)

“It is worrying and frustrating things get distorted so easily and easily on a regular basis,” said the source on Markle raising awareness on the importance of voting. “She now feels, [and] admits, as she said the other day, she has to be constantly careful about what she says and stick to what she thinks will not be controversial. Even telling people to get involved in the democratic process should not be a controversial subject.”

In August, a rep for the couple confirmed to Fox News that they purchased a home in Santa Barbara, Calif.

"The Duke and Duchess of Sussex moved into their family home in July of this year," a spokesperson said. "They have settled into the quiet privacy of their community since their arrival and hope that this will be respected for their neighbors, as well as them as a family."

A source told Page Six, who first reported the news, that the Duke and Duchess of Sussex hope this is where their son, Archie, 1, can grow up and lead "as normal a life as possible.”

MEGHAN MARKLE SAYS BEING ‘THE MOST TROLLED PERSON’ IS ‘ALMOST UNSURVIVABLE’

Over the summer, Durand teamed up with royal reporter Omid Scobie to publish the bombshell book “Finding Freedom.” Numerous palace insiders came forward to the two journalists and detailed what led to the couple’s departure from the royal family.

While it was initially reported that Harry and Markle cooperated with the authors, reps for the couple confirmed to Fox News that they played no part in the tell-all.

“The Duke and Duchess of Sussex were not interviewed and did not contribute to ‘Finding Freedom,’” said the statement. “This book is based on the authors’ own experiences as members of the royal press corps and their own independent reporting.”