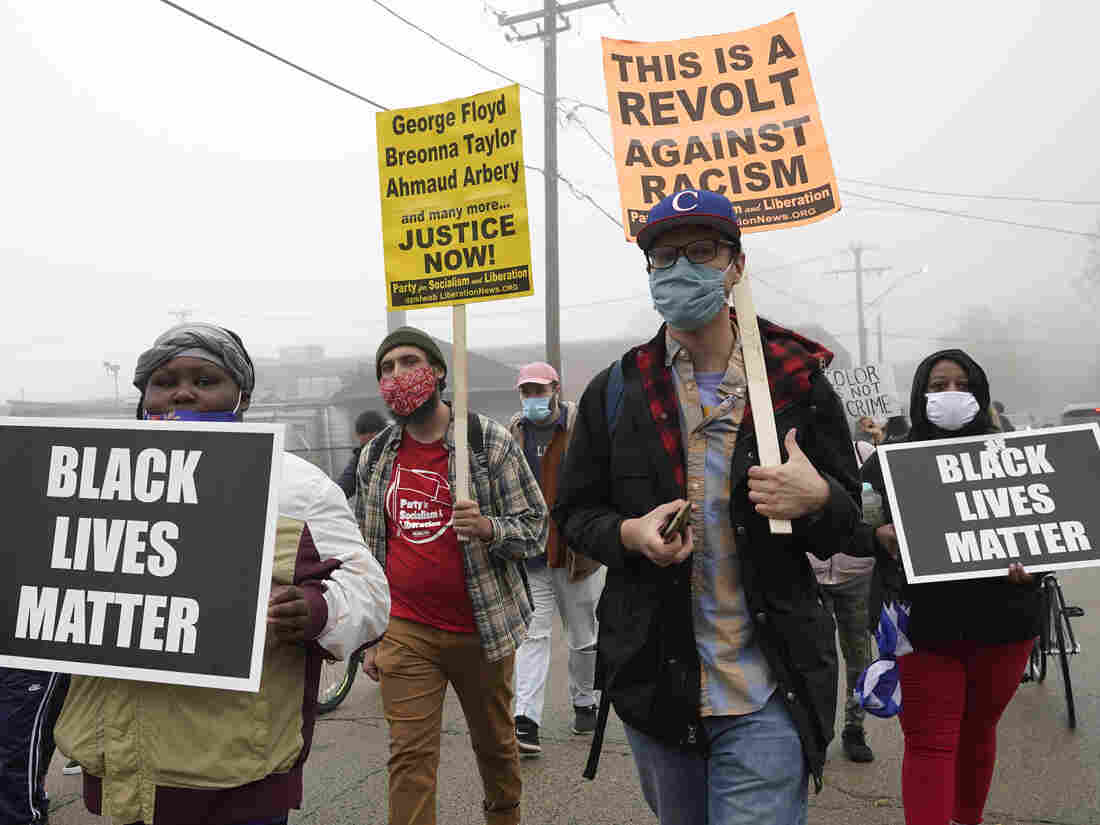 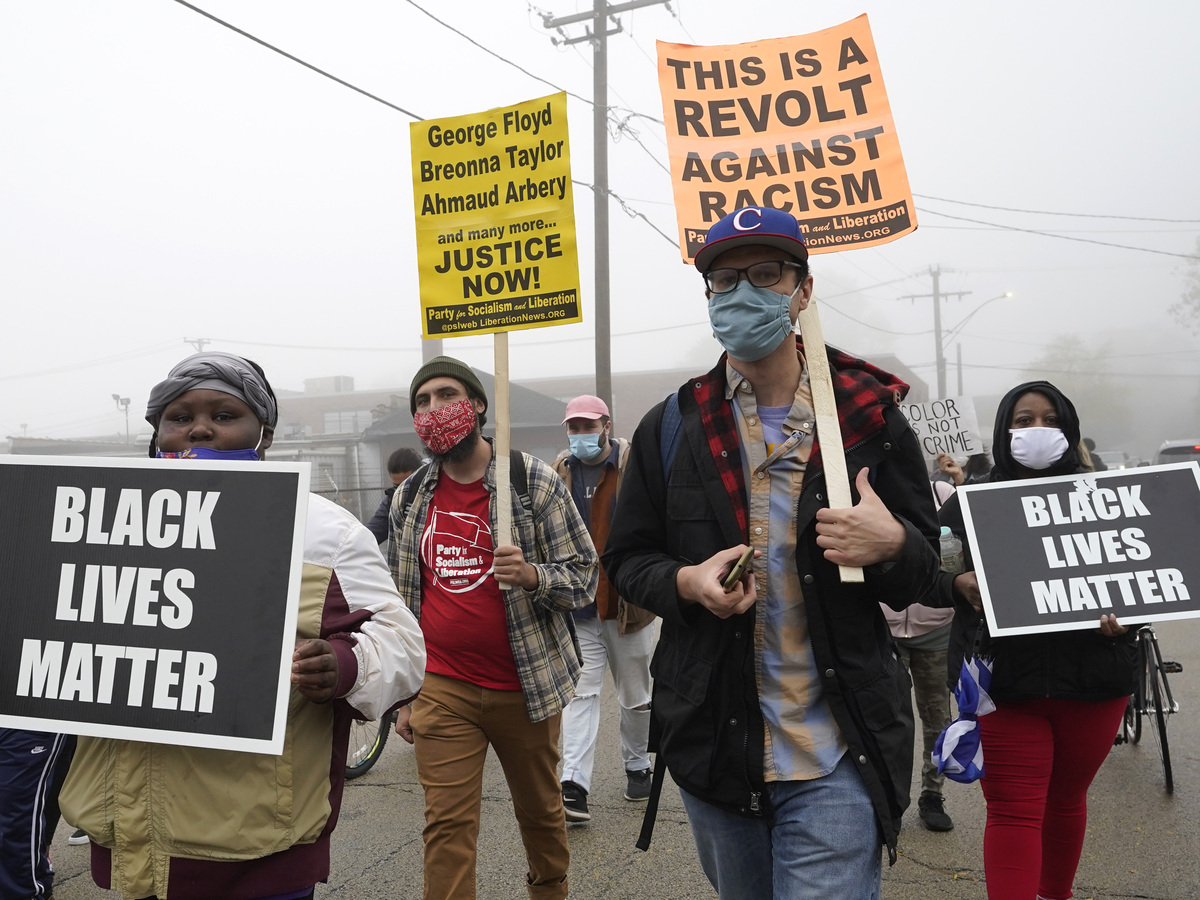 People march during a protest rally Thursday for Marcellis Stinnette in Waukegan, Ill., who was killed by a police officer last week.

A police officer who shot and killed a young Black man and injured the man’s girlfriend during a traffic stop last week Waukegan, Ill., has been fired. City officials are expected to release police video of the encounter, which could come as soon as this week.

State and local officials attended a vigil Sunday in Waukegan, Ill., where attendees paid tribute to the deceased young man, 19-year-old Marcellis Stinnette and Tafara Williams, who is recovering from injuries sustained during the incident last week.

Waukegan Mayor Sam Cunningham, who spoke at the gathering, told the crowd the release of the police video is expected before Thursday, the Chicago Tribune reported. That’s the deadline set by a Freedom of Information Act request.

“We want to beat the FOIA request,” Cunningham said, according to the newspaper.

The mayor added stipulations to the release of the video in a statement Sunday, saying it will only be made public “after a determination is made that the release of the relevant videos will not prejudice or adversely impact the integrity of the ongoing state and federal investigations.”

Cunningham said the release will take place after the Stinnette and Williams families review the footage.

Lake County, Ill. States Attorney Michael Nerheim, who also attended the vigil, said in a statement on Friday that he contacted the Department of Justice on Wednesday “to request they review the circumstances surrounding this incident.

“I have been advised that they have agreed to do so,” he added.

Updates: The Fight Against Racial Injustice

The Waukegan Police Department said late Friday that the officer who shot his gun had been terminated “for multiple police and procedure violations,” without providing specifics.

Officials have not identified the now-former officer. Police previously stated that he is Hispanic and served with the department for five years.

Once investigators with the Illinois State Police conduct their investigation, police said, it will be handed over to the Nerheim’s office for review.

The Waukegan community has been holding demonstrations and demanding officials release more information since the shooting took place after a traffic stop just before midnight Tuesday.

Tafara Williams has retained @BenCrumpLaw regarding this encounter w/ police. We have seen that the ‘official’ report when police kill Black people is often missing or misrepresenting details. We will share our findings when we have uncovered the truth. https://t.co/WIQItSHJiH

The city is located just north of Chicago and roughly 15 miles south of Kenosha, Wisc., where another Black man, Jacob Blake was paralyzed after a police officer shot him several times at close range.

Civil rights attorney Benjamin Crump, who represents Blake and other families who have had loved ones killed by police, including George Floyd and Breonna Taylor, announced Friday he is representing the Williams family.

“Ms. Williams’ legal team will begin our own investigation into what happened during that incident, because we do not trust the police narrative in this case,” Crump said in a statement.

“We have seen over and over that the ‘official’ report when police kill Black people is far too often missing or misrepresenting details. We will share our findings with the public when we have uncovered the truth,” he added.

The Waukegan Police Department an officer “was investigating an occupied vehicle” at around 11:55 p.m. local time Tuesday. There were two people inside the vehicle, police said, with a woman driving and a male passenger.

The vehicle fled, only to be spotted by a second officer moments later and approached the vehicle on foot. As the officer got closer, police said the suspects’ car “began to reverse.” Adding: “Officer #2 fired his semi-automatic pistol, in fear for his safety.”

Both the driver and the passenger were taken to a local hospital, where Stinnette later died from his injuries, police said.