Video of Chicago-area police shooting to be released, mayor says 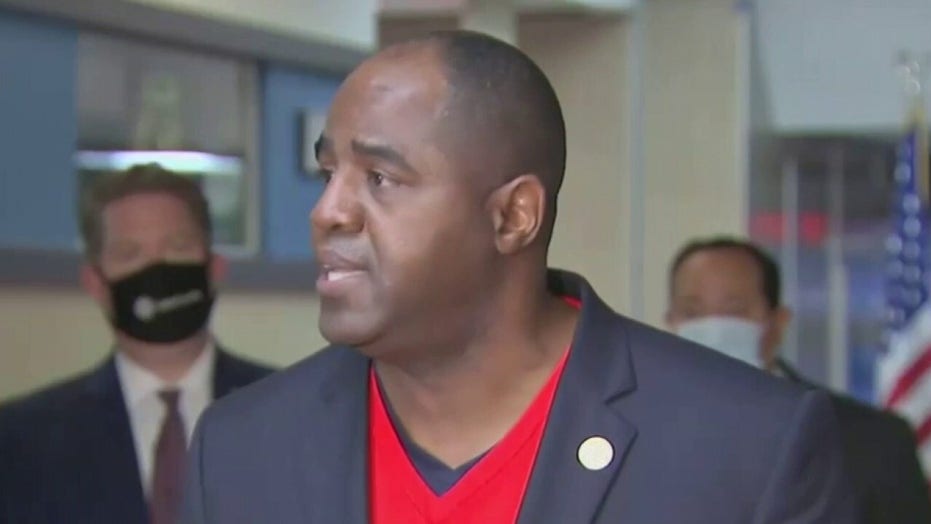 Protesters heckle Waukegan Police Commander Edgar Navarro at a press conference over a recent officer-involved shooting of a black teenager.

Footage purportedly showing a fatal police shooting in the Chicago-area will be released to the public after the victims’ families have had the chance the view it, the city's mayor said.

Marcellis Stinnette, who was Black, was shot and killed while sitting inside a car driven by Tafara Williams, who was wounded.

Waukegan Mayor Sam Cunningham attended a prayer vigil for the 19-year-old Stinnette on Sunday, when he told the crowd that the city intends to release the dashcam and bodycam videos.

Cunningham said the city will only make the clips public after the family watches the video themselves and with their approval.

On Oct. 20, Williams was driving a car that skipped a traffic stop and then fled, police said.

The vehicle was later spotted by a different officer. Police said that, as the second officer approached, the vehicle started moving in reverse and the officer opened fire. No weapon was found in the vehicle.

Waukegan is roughly 40 miles north of Chicago and has a population of just over 86,700.

On Friday, Waukegan Police Chief Wayne Walles said the officer was fired from the department after he was found to have committed “multiple policy and procedure violations,” according to a brief statement. His name has not been provided.

The officer who shot the couple is Hispanic and had been with the Waukegan Police Department for five years, police said. The officer who conducted the original traffic stop is White.

The announcement of the firing came shortly after Lake County’s chief prosecutor announced the FBI will join the Illinois State Police in investigating the shooting.

Activists and the victims’ relatives have demanded the release of the police video, which authorities said has been turned over to investigators.

On Saturday, Williams, who has a child with Stinnette, spoke from her hospital bed to a crowd at a rally in Waukegan. She said she “won’t sleep until Marcellis gets justice.”