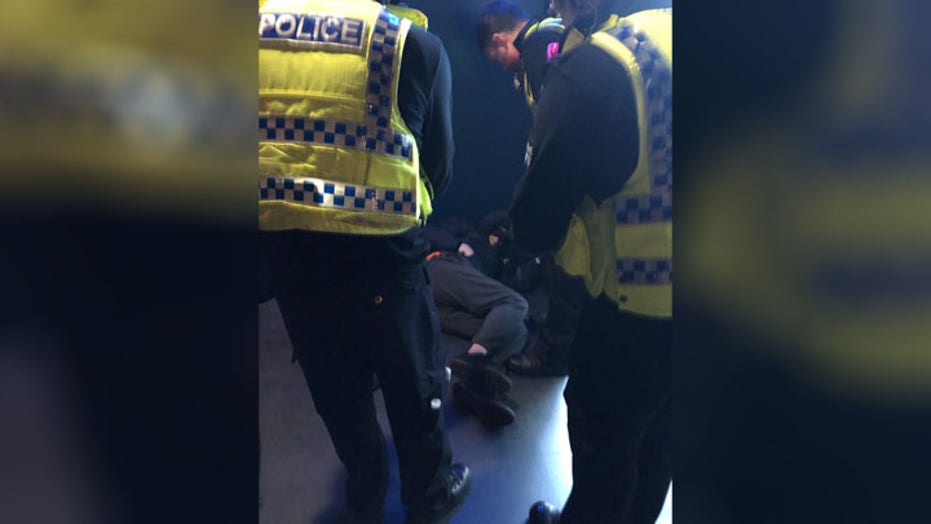 This might have been the worst time to take a nap.

A restaurant owner in the U.K. says he was shocked to discover the aftermath of a recent, overnight break-in. While one of the suspects apparently fled the scene, the other intruder fell asleep in the bathroom.

The suspect was found with a mop bucket full of beer, cider and a half-eaten cheesecake. (808 Bar and Kitchen)

Nathan, the owner of 808 Bar and Kitchen in Sunderland, confirmed to Fox News that he found one of the men who had broken into his business asleep in the bathroom on Oct. 24. To make the situation even stranger, next to the suspect was a bucket full of bottles of beer, cider and drinks, memorably topped with a half-eaten cheesecake.

The business owner said he realized that the restaurant had been broken into overnight and reviewed the CCTV footage, during which he saw two men enter and take several items. Oddly, however, video showed only one of the men exiting the restaurant.

According to a post on Facebook, Nathan heard a strange sound coming from the bathroom. When he went to investigate, he found one of the men asleep.

One of the suspects was found sleeping in the bathroom. (808 Bar and Restaurant)

“I was in shock for split-second and thought 'I’m going to have to defend myself' as I expected him to jump up and make a run for it, but then I realized he was snoring away, fast asleep," he told Fox News. "I thought on my feet, grabbed the keys, locked all the doors so he was locked inside and couldn’t escape, then called the police.”

Nathan suspects the man was high on drugs, likely the cause of his mid-heist nap.

“Among the contents he tried to steal was a half-eaten cheesecake,” Nathan explained. “We have these huge homemade cheesecakes from a local business well known for their cheesecakes. He raided the fridge and grabbed one of their cheesecakes. Maybe he was hungry or maybe it’s because he was high, but either way, we found that hilarious.”

While the sleeping suspect was taken into custody, and will likely be charged later today, Nathan says that authorities are still searching for the other man.