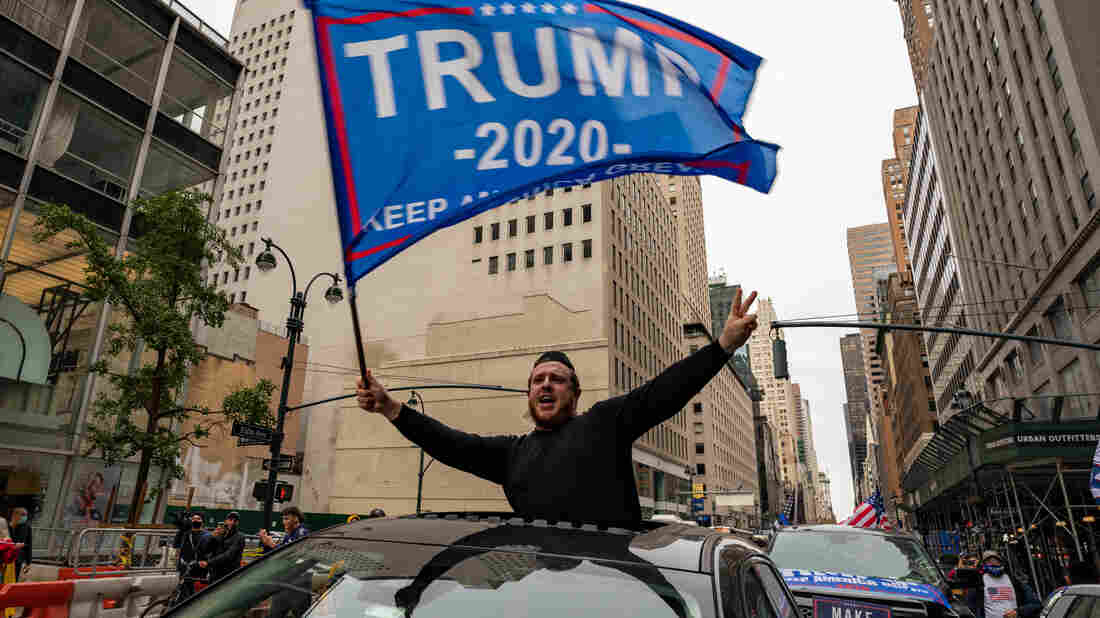 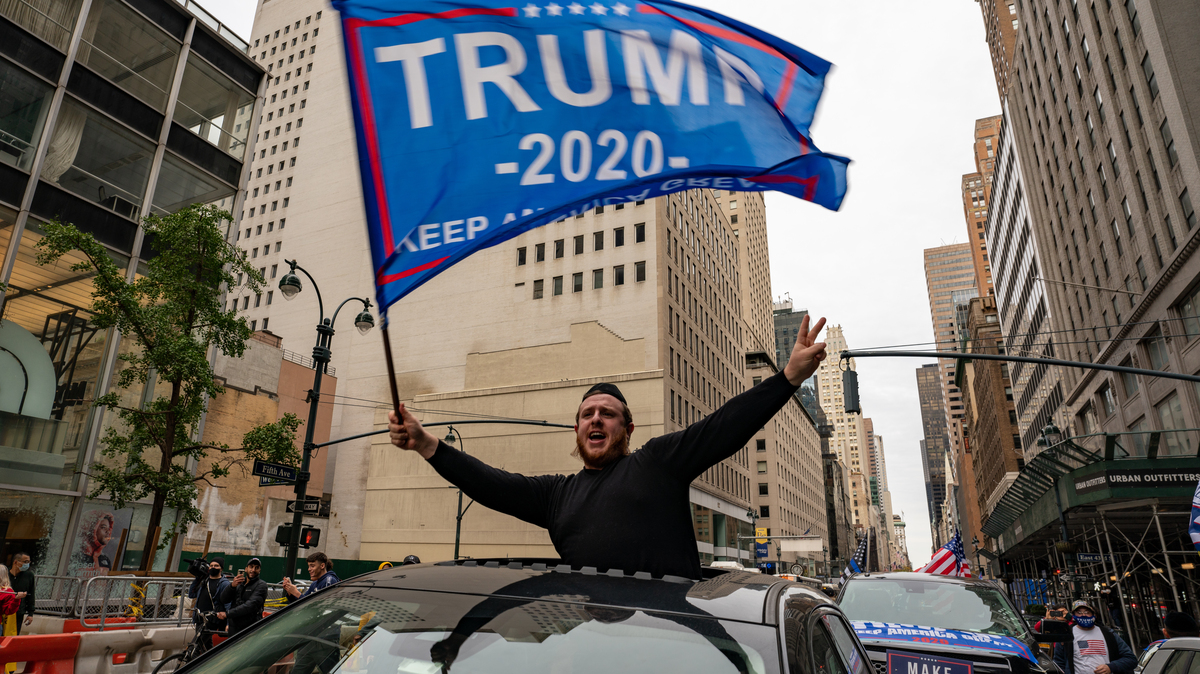 A person participates in a rally Sunday for President Trump on 5th Avenue in New York City. Trump supporters and protestors clashed in Times Square, prompting nearly a dozen arrests.

Police arrested 11 people in New York City on Sunday after fights erupted in Times Square as a large Jews For Trump convoy rolled through. Skirmishes broke out after some counter-demonstrators yanked flags off of vehicles – and some drivers and passengers got out of their cars.

The clashes were caught on video and posted to social media, showing frequent outbursts of violence as people shouted threats at each other. At least one car had red paint thrown on it.

Those arrested were a mix of men and women, a New York City Police Department spokesperson told NPR on Monday. Most of the people have been charged with disorderly conduct and obstructing government administration – a charge that often broadly refers to interfering with police activity.

Organizers of the Jews For Trump rally were aiming to capitalize on pro-Trump sentiments, as well as frustrations over the city and state’s handling of the COVID-19 pandemic. Recently, protests have erupted in Orthodox and other Jewish communities over the use of “red zones” to impose restrictions on areas experiencing outbreaks. The group says hundreds of people, and thousands of cars, participated.

The convoy and a related march also passed in front of Trump Tower — where, in the early hours of Sunday morning, a Black Lives Matter street mural was marred by a large stripe of black tar or paint.

On other parts of the convoy route, people standing on elevated walkways threw eggs and other items at cars carrying pro-Trump banners. NYPD Chief Terence Monahan said the department is also investigating those incidents.

The clashes broke out on the same day the NYPD suspended an officer without pay for using his police cruiser’s public address system to repeatedly announce, “Trump 2020.”

The officer broadcast his political opinions in Brooklyn’s Flatbush neighborhood, as angry onlookers spoke out against him — as well as against his vehicle, which was parked with its lights on, blocking a crosswalk.

Police officer in Brooklyn uses a loudspeaker to say "Trump 2020" while on the job pic.twitter.com/ZujQIfqonH

“One hundred percent unacceptable. Period,” New York Police Commissioner Dermot Shea said of the incident via Twitter. “Law Enforcement must remain apolitical, it is essential in our role to serve ALL New Yorkers regardless of any political beliefs. It is essential for New Yorkers to trust their Police.”