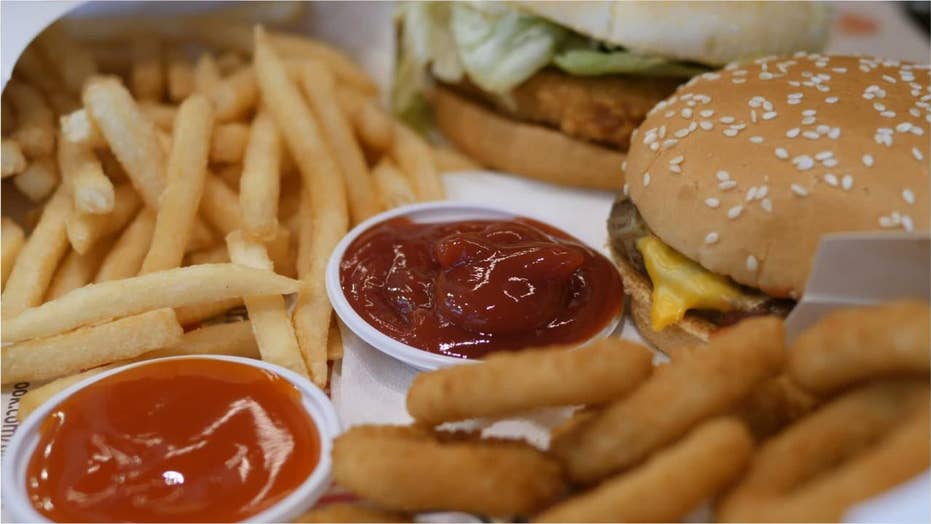 Kids are under the influence of junk food.

YouTube channels that cater to kids are promoting sugary foods and drinks to their youthful demographic, potentially putting young viewers at risk for obesity and diabetes later in life, a new study claims.

90% of foods featured in YouTube videos targeted at kids were unhealthy, a new study suggests. (iStock)

The findings were published on Monday in a report titled "Child Social Media Influencers and Unhealthy Food Product Placement" in the journal Pediatrics. Researchers viewed over 400 YouTube videos hosted by "kid influencers" between the ages of 3 and 14, popular for reviewing food or toys. The authors quantified the number of minutes foods or drinks appeared on screen, noting the brands and identifying the nutritional content in foods shown.

Of the 418 YouTube videos analyzed, 179 featured food and drinks promoting unhealthy items from restaurants like McDonald’s, Taco Bell, Check E. Cheese; beverage brands like Coca-Cola; and foods from M&M’s, Skittles, Hershey’s and Kellogg’s cereal Froot Loops. As many as 90% of the items were unhealthy foods like hot dogs, French fries, burgers and sodas. Videos containing the junk food product placements were viewed more than a billion times.

Early childhood years are crucial to instilling healthy eating habits in kids, and the study found that they are a vulnerable audience to influencer marketing. Influencer endorsements can result in millions of views, and industry data suggest these product promotions can increase sales up to 28% for the endorsed food item, the authors noted.

“As online media use increases among young children, kid influencers carry the potential to increase children’s exposure to unhealthy food promotions that may increase poor dietary behaviors,” the researchers wrote.

Indeed, separate research shows that poor eating in the early stages of childhood can increase the likelihood of obesity and Type 2 diabetes, putting them at risk for developing cardiovascular disease later in life.

The obesity epidemic among children in the U.S. has been an ongoing health crisis, particularly fueled by fast food in the last few years. As much as 13.8% of children’s daily calorie intake between 2015 to 2018 came from meals like burgers, fries, chicken nuggets and other fast food items – that's up from 12.4% between 2011 and 2012, an August report from the Centers for Disease Control and Prevention found.