Test drive: The 2021 Acura TLX is a blast from the brand’s past 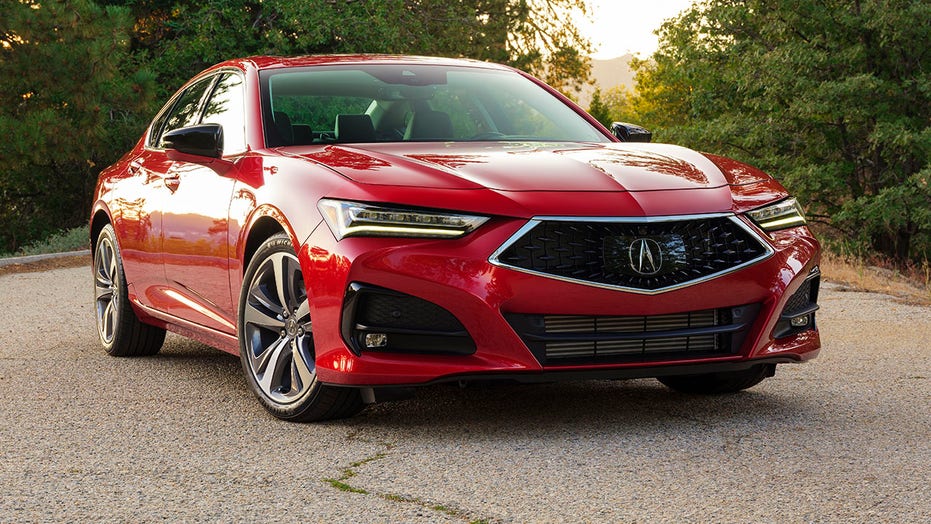 The 2019 Honda Passport is the brand’s most adventurous SUV, offering some off-road chops and the looks to go with them. Fox News Autos editor Gary Gastelu heads off the beaten path to see what it can do.

The 2021 Acura TLX is an oddity in today’s new car world because it’s a new car.

The all-new midsize model doesn’t share its platform with any crossovers or SUVs (at least not yet) and was designed to keep the four-door sports sedan fires burning at Acura, even as buyers continue moving away from the segment.

Acura is discontinuing the full-size RLX, however, which makes the TLX its largest non-utility offering.

Its wide, low, long and curvy body features a stretched hood that gives it the look of a rear-wheel-drive model despite being built on a front-drive-based platform with a transversely mounted four-cylinder engine.

GET THE FOX NEWS APP BY CLICKING HERE

The TLX is nearly the same size as a Honda Accord but not quite as space-efficient. Its rear-seat legroom and trunk space can’t compete. Of course, the Accord isn’t the competition. The TLX is priced like a compact but matches up with more expensive midsize models like the BMW 5-Series and Mercedes E-Class, while it’s closest in spirit and execution to the Audi A6.

The TLX has a warmer interior design than the Audi, with lots of layers, curves, open-pore wood and soft, stitched materials throughout that’s in lockstep with the brand’s best-selling RDX SUV. That includes sporty, form-fitting seats and an infotainment system controlled by a pad on the center console that Acura is convinced is easier to use and safer than a touchscreen display. I’m still not. It’s a bit fiddly as you dive into menus but is better than Lexus’ take on the same idea that it is finally phasing out in favor of … touchscreen displays.

Sometimes you’ve just got to give the people what they want, not what they need. You get that in the way the TLX drives. Over the years, Acura has drifted in and out of its original mission as a maker of premium sporty cars, but this TLX lives up to the Legend. (Pun intended for you Acura fans.)

The TLX doesn’t beg you to drive it like you stole it at first. In fact, if you leave it in comfort mode it exhibits a loping gait, not unlike one of those crossovers it's trying not to be, but the Sport setting is labeled accurately. It firms up the computer-controlled shocks, adds weight to the steering and makes the throttle and transmission more aggressive.

Take the hint. The TLX loves a good curve and doesn’t mind if you throw it into one with authority. Its double-wishbone front suspension provides sure-footed moves and lets it handle more than you’ll probably ever dish out. The electric-assist brakes bite like vampire bats and the engine has plenty of grunt to a soundtrack that gets better the harder it’s working, bringing to mind the cars Acura races in the 24 Hours of Daytona when it’s at full song.

The clear protective cover for the TLX’s sensors is the one blemish on its otherwise stylish exterior design. (Acura)

If music is more your thing, the audio system that comes in top models isn’t too shabby. The 710-watt ELS Studio 3D setup from Panasonic drenches you in sound with 17 speakers, including in the ceiling and twin subwoofers. Additional tech includes a head-up display and a driver-assist package with automatic emergency brakes, lane-keeping assist and adaptive cruise control that make it a great place to commute in, but the TLX is a lot more fun when you have full control.