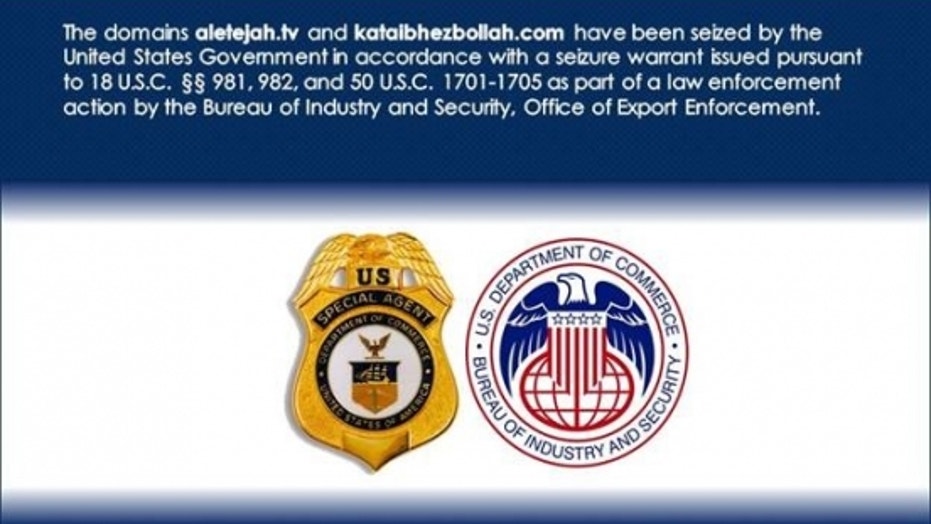 The websites, “Aletejahtv.com” and “kataibhezbollah.com,” were being used by Kata’ib Hizballah, a group that the U.S. Secretary of Treasury in 2009 designated a terrorist organization.

Visitors to "Aletejahtv.com” and “kataibhezbollah.com" will be greeted with this picture.  (DOJ)

The group, which operates in Iraq and is backed by Iran, is accused of committing acts of violence against Coalition and Iraqi Security Forces.

The DOJ said “Aletejahtv.com” and “kataibhezbollah.com” acted as Kata’ib Hizballah’s media arm by publishing content designed to destabilize Iraq and recruit others to join their cause.

BRINGING THE 'ISIS BEATLES' TO JUSTICE IN US COURTS: BEHIND THE COMPLEX MISSION

The content reportedly included false information about the coronavirus pandemic designed to damage perception of the U.S. among Iraqi citizens and further destabilize the region to Iran’s benefit.

Prosecutors said “aletejahtv.com” and “kataibhezbollah.com” were owned operated by a U.S. company based in Reston, Va. The Eastern District of Virginia issued a seizure warrant on Oct. 14 and the United States domains were seized.

“While this case is a reminder that terrorists don’t need to step foot in our country to further their aims, today’s actions show that the Department will do what it takes to stop them,” Demers said.