How Police, National Guard And The Military Are Preparing For Election Day Tensions 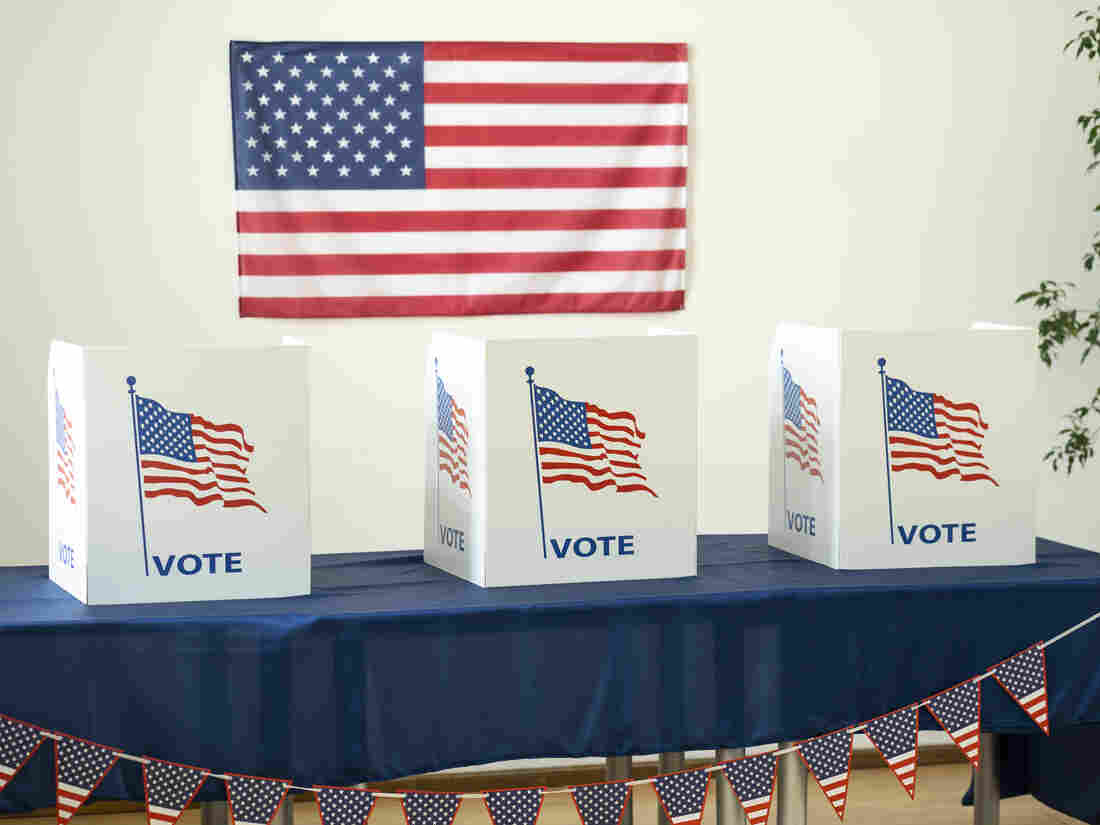 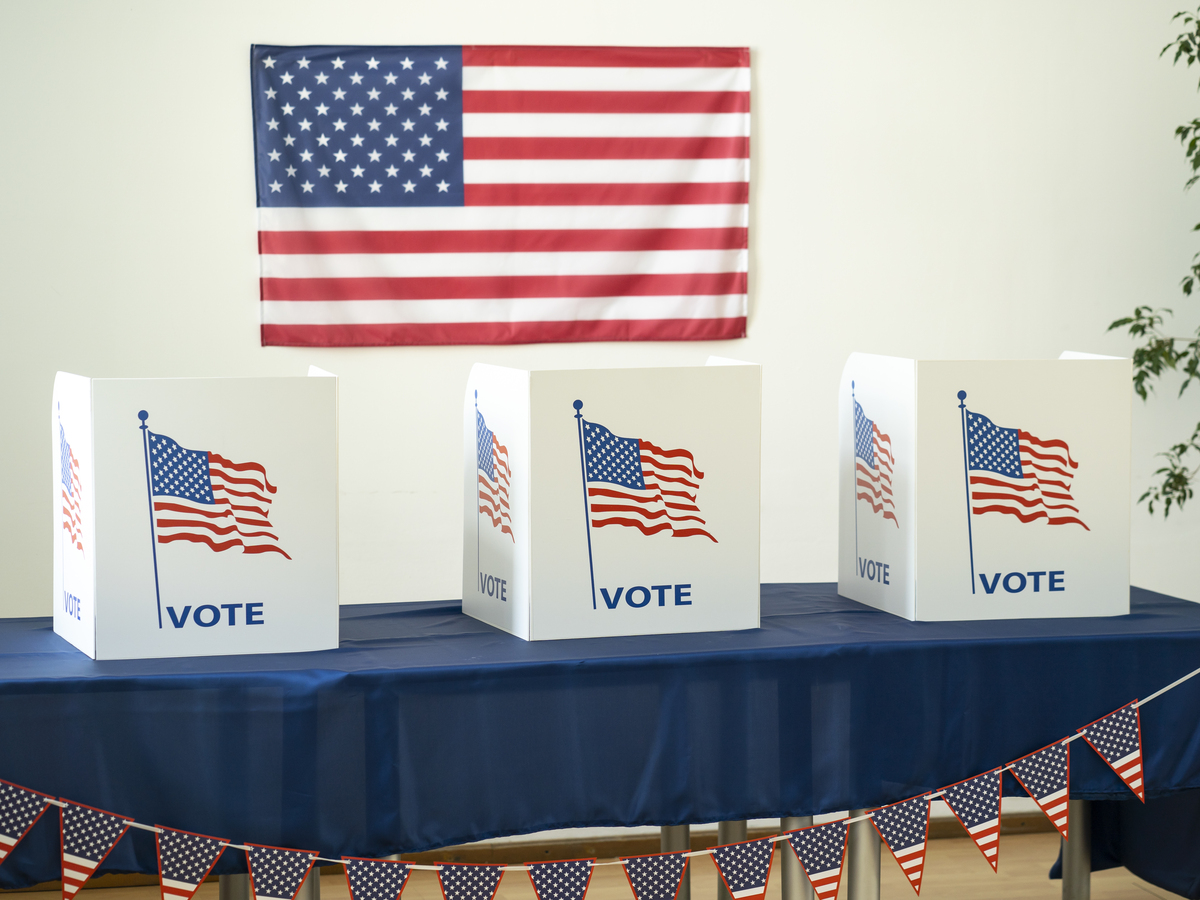 Nov. 3 promises to be an Election Day unlike any other, and public safety entities say they’re preparing for the tensions and the possibility of violence.

Poll workers are usually the first line of defense, in case of disputes between voters, though they may be backed up by private security guards. Some local election authorities say they’ll be adding guards, and Washington State’s King County says it will post guards to ballot drop boxes that in other years have been unattended.

Most jurisdictions are not planning to post uniformed police at polling stations, because tradition and local laws keep cops at a distance, to avoid an impression of voter intimidation. If things get out of hand, police are usually allowed in if called.

Mail-In, Early or Election Day? Here Are Your Voting Options

Given this year’s tensions, and the fact that the police themselves are a major issue in the campaign, the question of their presence at polling places has become a partisan flashpoint in some places.

Democrats in Miami complained about a uniformed police officer wearing a Trump facemask at an early-voting location, and he faces potential discipline by his department.

New Jersey is considering last-minute legislation to restrict the presence of officers at polling places, a debate that quickly acquired partisan overtones.

A similar dispute broke out in North Carolina, where the Board of Elections issued a memo reminding uniformed police officers to stay away from polling places, and state Republicans objected.

Republican State Sen. Paul Newton says the Board, which is controlled by Democrats, “overstepped” its authority, and that it can’t tell police what to do.

“We want to respect the concern [about voter intimidation],” Newton says. But he says because voters have other ways to cast ballots, “it’s not a valid issue, that someone has to face down a uniformed law enforcement officer to vote in North Carolina.”

One unresolved question in Michigan is whether private citizens will be allowed to carry firearms openly around polling places. The state’s open carry law is generally quite permissive, but Secretary of State Jocelyn Benson issued a directive saying visible guns would not be allowed at the polls or other election-related offices, this year. But police chiefs have cast doubt on whether they have the legal grounds to enforce such an order, and it’s also attracted a lawsuit.

What We Can Expect After Election Day

What We Can Expect After Election Day

Away from the polls, police departments are planning to have more officers on hand on Election Day, especially in cities that saw unrest over the summer. Confrontations with police have continued into the fall in cities such as Portland, Seattle and New York, where roving groups of people are still committing politically motivated vandalism.

Chicago endured extensive looting and property damage over the summer, something police superintendent David Brown believes was coordinated by what he calls “agitators” embedded in legitimate protests.

“From those lessons learned over the summer, we are planning for that to be a feature of peaceful protests,” on Election Day, Brown said at a press conference last week.

National Guard soldiers around the nation will take part in security operations for the election — but only for cybersecurity, assisting state officials by trying to prevent foreign governments and others from interfering with the vote.

The National Guard, like the active military, does not want to get involved in physical security at the polls, leaving that up to poll workers and if need be local police.

Military officials tell NPR they want to maintain their apolitical stance, and not get involved in partisan politics, saying uniformed soldiers at the polls would lead to charges the military favors one candidate over another.

But Guard soldiers will come to the aid of the states as poll workers — dressed in civilian clothes — and performing the usual duties, setting up tables and handing out ballots. The coronavirus has led to a need for poll workers in several areas around the country, including Wisconsin and Kentucky. Other states are expected to request help as well, since many poll workers tend to be older and more at risk should they become infected.

Military officials don’t anticipate any particular problems of violence at the polls themselves but they do say that with the bitter campaign, street protests and the rise of armed groups, violence could occur after the election, regardless of whether Trump or Biden wins.

If violence erupts and local police are unable to handle it, a governor could activate Guard units, just as Minnesota did following the death of George Floyd at the hands of a Minneapolis police officer.

Governors are in charge of their state Guard forces but a president can “federalize” the Guard and take control from a governor. That has happened in rare occasions in the 1950s and ’60s during school integration.

Defense Secretary Mark Esper in June publicly opposed using the Insurrection Act, saying Guard troops would make more sense since they come from the local communities they would protect. That angered the president who sources say threatened to fire Esper but was talked out of such a move so close to the election.

President Trump has added to the election tensions by suggesting on numerous occasions that he might not accept the results of the vote, unless it is “fair.” And that has led to speculation the president might try to hold onto power, and the military might be called on to remove him.

Such talk is strongly dismissed by the nation’s top military officer, General Mark Milley, chairman of the Joint Chiefs of Staff.

“This is not the first time that someone has suggested there might be a contested election,” Milley told NPR’s “Morning Edition.” “And if there is, it’ll be handled appropriately by the courts and by the US Congress. There’s no role for the US military in determining the outcome of a US election. Zero. There is no role there.”