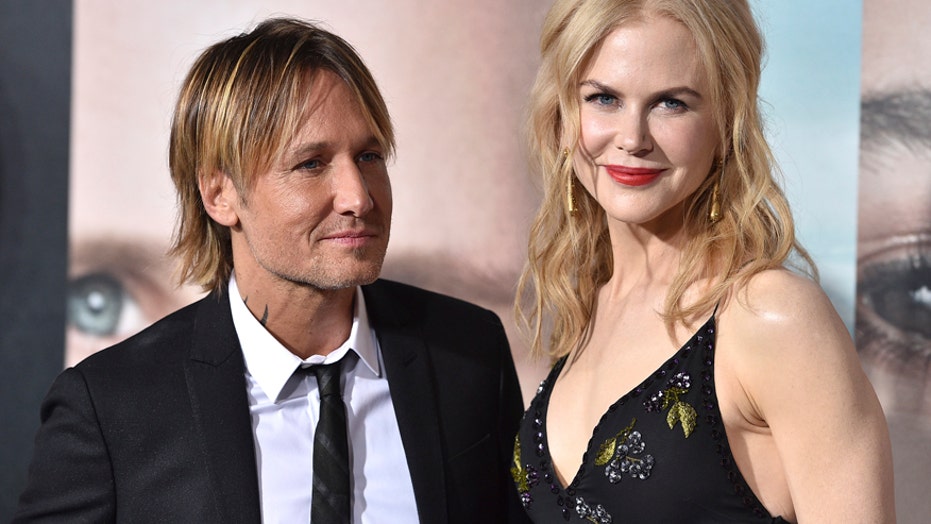 Nicole Kidman says her latest TV series, "The Undoing," was an intense project to film and really "took a toll" on her.

The Oscar winner admitted she relied heavily on husband Keith Urban and daughters Sunday, 12, and Faith, 9,  to "bring her back to reality" while playing a role that was emotionally "very taxing."

In the HBO limited series, Kidman plays Grace, a wealthy mother and wife living in New York City. After another mother in her kid's school district is murdered, her husband (played by Hugh Grant) goes missing and Grace discovers a web of secrets and lies.

"You've got to have laughs when you're doing stuff like this. Otherwise, it's just too harrowing," the Emmy winner told Australia's Sunrise morning show. "I almost work from a deeper place now and thus it's very taxing at times."

Luckily, Kidman said her family was able to live in New York with her while she worked.

"My family was with me, and just to have my little girls, and Keith, and have dinner with them brings immediate reality back. Suddenly the boundaries get set," she described.

"It doesn't mean that I'm not thinking about [work]. That's always going through my brain. I'm preparing for the next day, and a lot of times I'm having to learn huge amounts of dialogue," Kidman continued.

The "Big Little Lies" star called being with family "that place where I can breathe and feel me."

"Keith provides an enormous amount of that and hopefully we provide that for him when he's on tour because that's the benefit of having a family that's tight," she gushed.

The couple got married in June 2006 and the country singer, 52, checked himself into rehab after Kidman, 53, staged an intervention after their nuptials.

"She's just the one. She's the one that I was searching for my whole life, and everything not only changed but had to change in me if I was gonna go that road," Urban said of Kidman on Dax Shepard and Monica Padman’s “Armchair Expert” podcast.

He continued: "It was like the ultimate fork in the road moment in my life and it was literally like you either get this right now or you are never, ever gonna get it right. This is your one shot.

"It felt so obvious," the “Be A Light” singer added. "I knew where I was going … [My marriage] was everything I was looking for and then beyond. Just beyond."