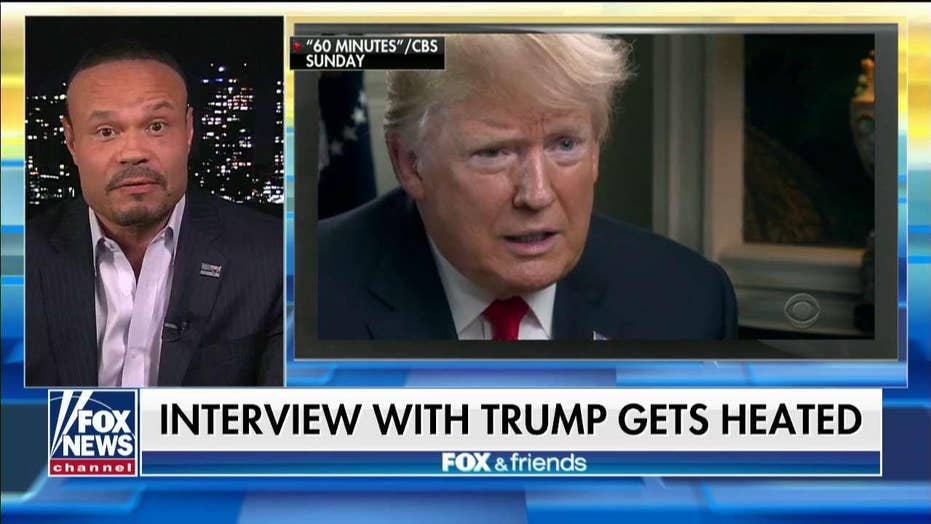 President Trump has had his share of dust-ups with reporters, but one of the most high-profile clashes occurred last week during an interview in the White House’s Roosevelt Room with “60 Minutes” journalist Lesley Stahl.

Trump took to Twitter shortly after cutting the meeting short and called the interview biased. Days later, he made good on his promise to post an unedited version so his 87 million followers could see what he described as Stahl’s “constant interruptions and anger” with his “full, flowing and ‘magnificently brilliant’ answers.”

Her first question to the president was, “Are you ready for some tough questions?”

Trump made the case for his reelection and said that he is the person who can lead the country back after the coronavirus pandemic.

Stahl focused on the coronavirus during the first part of the interview and seemed to increase the tension between the two when she brought up comments Trump made at a rally in Johnstown, Penn., earlier this month when he said, “Suburban women, will you please like me?  Please. Please.”

Trump supporters say he was clearly playing a part and joking, but news outlets like The New York Times treated it as a sign of desperation. The paper ran a headline, ‘Please Like Me,’ Trump Begged. For Many Women, It’s Way Too Late." Polls indicate that the president has lost some support from suburban women.

The uneasy interview continued and Trump seemed to take issue again when Stahl said that it seems his rallies pale in comparison to 2016.

Stahl pressed Trump about the alleged kidnapping plot against Michigan Gov. Gretchen Whitmer. She said Trump routinely goes after Whitmer at rallies in the state.

“The way she closed churches in Michigan is a disgrace. I– yeah, I think it's disgraceful what she's done. I do,” Trump said.

“You want to lock her up?” Stahl asked.

Trump said, “Of course, I don't want to lock her up. Why would I lock her up?”

Stahl dismissed Trump when he brought up the recent controversy surrounding Joe Biden and his son Hunter Biden and allegations that the Obama administration spied on his campaign.

Stahl eventually brought up past interactions she had with Trump and recalled him telling her that he uses terms like "fake news" in an effort to discredit the media.

"You know, I didn't want to have this kind of angry," Stahl said.

"Of course you did," Trump said.

The back-and-forth continues until a producer gives a time check, but by that point, Trump seemed checked out.

GET THE FOX NEWS APP