Lesley Stahl says she felt ‘insulted’ by Trump and Pence 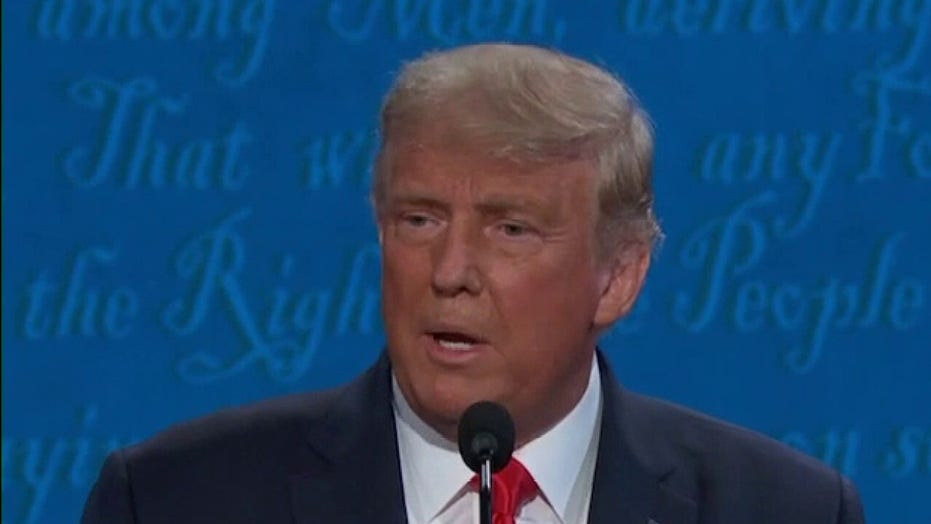 Trump: ‘I get along with’ Dr. Anthony Fauci, but he’s made ‘mistakes’

Lesley Stahl of CBS News told Vice President Mike Pence during a "60 Minutes" interview this week that she felt he and President Trump had "insulted" her — as well as the news program.

The long-time correspondent accused both men of answering her questions with "set campaign speeches" rather than in-the-moment remarks, according to video that was preemptively released by the White House on Thursday.

"Mr. Vice President, this was not a rally. This was not just a campaign speech to the public. This was supposed to be an interview," Stahl told Pence in a video posted to Facebook in its entirety by Trump.

TRUMP LAMBASTS LESLEY STAHL FOR PRESSING HIM ON 'TOUGH QUESTIONS': 'THAT'S NO WAY TO TALK'

Stahl cited a question on whether Pence had any comment on President Trump's previous remarks directed toward Dr. Anthony Fauci, the nation's top infectious disease expert.

“There is this kind of anticipation that people in power are held accountable and that they answer questions from the public — not from me, from the public. And I feel that you didn’t do that, and I’m upset,” Stahl told Pence.

"Well, Lesley, I appreciate the speech that you just gave but I answered all your questions, and I’ve spoken about things the American people care about," Pence said. "The American people want a president who will put the health of America first and open up America's economy."

Her interview with Pence took place after Trump cut short his earlier heated conversation with Stahl after sparring over a number of issues ranging from his handling of the coronavirus pandemic, social justice issues, and supposed anti-media bias.

Both interviews were released after the president went through with his threat to post an unedited version of the conversation in the hours leading up to the final presidential debate Thursday night in Nashville, Tenn. The interview was reportedly supposed to be a joint appearance.

The president urged viewers to “look at the bias, hatred, and rudeness on behalf of 60 Minutes and CBS," under the first 37-minute video posted to his Facebook page.

Trump also cited "more bias, hatred, and rudeness on 60 Minutes with our Great Vice President" in the caption of the second roughly 14-minute long video he released of the Pence interview.

CBS News on Thursday issued its own statement about the premature release of the footage, condemning, "The White House's unprecedented decision to disregard their agreement with CBS News and release their footage."

It added that the uncut video "will not deter 60 MINUTES from providing its full, fair, and contextual reporting which presidents have participated in for decades."

Stahl has been a reporter with "60 Minutes" for nearly three decades and has interviewed numerous presidents, foreign leaders, and important figures over the years.